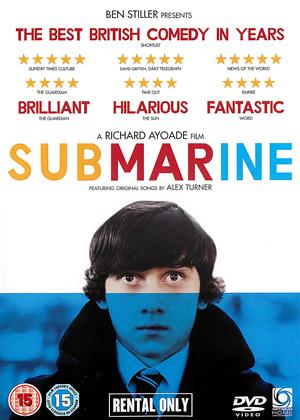 This film was SUCH a disappointment. It is essential a heavily adapted version of a novel which owes a great deal to Adrian Mole and other coming of age books and films (400 blows; 50 days last summer). However, the film was clearly not filmed in Swansea; the locations were picked to look small seaside town-ish, and are no way where the novel is set! No Gower either! Also, the film is trying way too hard to be quirky - in such a slef-conscious and 'cool' way that it fails utterly to be funny OR quirky. It's a rather dull piece of whimsy - and I was watching my watch several times. The biggest issue, however, is the lack of any sympathetic characters and the fact that neither I nor anyone watching the film with me laughed out loud - not even once! It simply IS NOT FUNNY! This movie is trying SO hard to be whimsically quirky and thinks it's so clever and funny - that makes it just look smug. And it's SO derivative of US indie movies too - an erzatz model of those types of US indie movies that are also irritating. Submarine is a real diappointment. I hope it sinks without trace. If this is where our taxes go, thank goodness the Film Council has been abolished! Two stars is being generous - I liked the music and could location-spot!

I rented this because Paddy Considine appears in it - he's one of my favourite Brit actors, but along with some excellent stuff he's also done some less-than-excellent things. And this is one of them - he plays his part to perfection (a psychic/mystic/new-age con?man) but he doesn't have a central role and his performance is let down by a film that overall has a below par script.

The film is yet another low budget Brit coming-of-age / rites of passage drama of the kind we've seen so many times before - introverted central character, trouble at school, trouble at home, first love, first sex, teenage angst. It felt to me like an updating of 'Gregory's Girl' to approximately the 1980s/90s (phone boxes were still in use) along with a bit of modern f-ing and blinding.

All the performances are good, it brought a few minor chuckles and a smile or two, and I liked the use of the seashore in several scenes.

‘Submarine’ is a British comedy drama directed by Richard Ayoade. The movie follows the life of a self-obsessed teenager Oliver Tate. On the one hand, he tries to impress his classmate Jordana and on the other hand, he tries to bring together his parents.

This movie marks the directorial debut of Richard Ayoade. The characterization of the actors playing major roles in the movie stands out distinctly. Oliver Tate (Craig Roberts) is portrayed as a teenager who imagines him as a bigger personality than he actually is. His crush Jordana (Yasmin Paige) is portrayed as a pyromaniac. Some of these personalities are not often viewed in teen comedies. Most importantly, some of the major clichés are avoided and a new approach is provided for this kind of movies.

The humor content of the movie makes it an interesting watch. At the same time, it doesn’t affect the emotional component of the movie. Funny one-liners are inserted subtly without affecting the original story of the movie. The casting is also well done for ‘Submarine’ as all the actors played their parts perfectly. All these factors, combined with a wonderful screenplay and direction has helped the movie to get its touch.

Though wonderfully directed, the movie suffers some imperfections that can well be avoided. Some scenes have failed to connect with the audience and the odd pacing hasn’t helped the movie. Director Ayoade has directed many TV shows but this movie marks his directorial debut. It appears like he has done a commendable job with this movie.