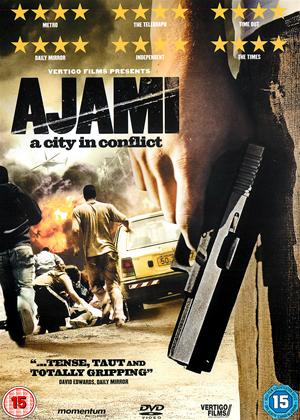 ‘Ajami’ is a film directed by Scnadar Copti and Yaron Shani. It explores the events happening in the ‘Ajami’ neighborhood of Tel Aviv. The Ajami region is mixed community containing both Muslims and Christians. The characters in the film speak both Arabic and Hebrew. The movie’s plot deals with five different stories about the activities that happen in the everyday life of this community people. The stories are narrated in a non-linear manner.

The film deals with the social divides that can be witnessed in the locality and the need for co-existence. The violent suburban region portrayed in this movie explains more about the movie on the whole. One of the most astonishing features of the film is that it is very much realistic. The various storylines portrayed in the film is clearly interwoven and the non-linear narration helps in this part. In order to understand it perfect, it is necessary to watch it closely.

There is violence and killings in this film. However, this is not an out an out violent action flick. Various emotions like naivety, anger, depression, revenge and humor is portrayed in different manner. The film clearly explores the mentality of each segment of people living in the region and their actions justifying their belief. This is not a story about one individual or one single group of people. Rather, it is story of different people co-existing in the same locality.

If you are a realistic movie lover, this is one of the must watch movies whether or not you are interested in the Middle East region.