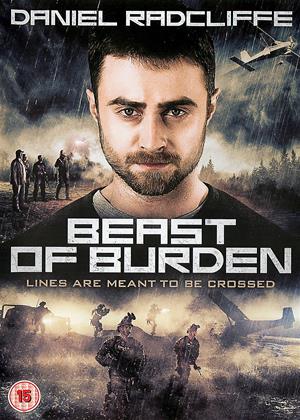 Reviews of Beast of Burden

There are some actors that can hold the screen when trapped inside a bottle story. We’ve seen it with the likes of Ryan Reynolds trapped in a coffin and Tom Hardy in a car. Daniel Radcliffe, however, seems to be struggling to keep this familiar genre afloat in a quaint craft with hardly any gas. He has to pull double duty with his acting with a script that doesn’t do him justice, leaving him sweating and overworked for a film that never takes off.

Radcliffe essentially plays that familiar role of an undercover drug mule pilot that Tom Cruise portrayed in American Made. Flying in the dead of night, he pilots a rickety plane through bumpy weather with a shipment of drugs. Out comes the smartphone to reveal his life. He’s working for a cartel that doesn’t quite trust him. He’s also working with the FBI that doesn’t much care if he lives or dies in his mission, so long as their involvement doesn’t come into play. His wife has had a miscarriage and is freaking out at home, having panic attacks, drinking too much, and begging for her husband to come home from the job he hasn’t told her about. Oh, and his healthcare coverage keeps calling him in the middle of the night about his insurance that won’t cover her.

Despite a few cuts and flashbacks, we’re stuck in the cockpit with Radcliffe for the duration of the movie, where he bickers and shouts in frustration as his world comes apart on the ground while his gas runs out in the air. And he tries. Oh, how Radcliffe tries to carry this picture all on his own and escape its many tired and agonizing faults. Of course, Radcliffe’s threatening cartel boss is a deep-voiced black man with vocals so low you’d swear he was using a Darth Vader voice changer. The backstory tries to reveal itself slowly but then hops out of reality with a health insurance company calling someone in the middle of the night as a friendly “sorry, you’re not covered” to get that point across. And, of course, the FBI agent working Radcliffe is an uncaring scumbag who cares more about his own career to an insulting degree.

Another aspect of the film is its struggle to keep the audience in the dark. No, literally, it’s too dark. Since Radcliffe is flying an aircraft of questionable durability, there are few lights and we hardly see much of his face. Or his phone. Or the control. Or the sky. Or anything. Thank goodness the film has the decency to cut away to ground scenes of far better lighting. Maybe there’s aloofness I’m not taking away from such bleak and indecipherable cinematography. Or maybe I watched a poorly encoded copy.

This is the type of film I take pity on for Radcliffe’s devotion to putting his best foot forward in a movie that is quicksand for creativity. Last year he starved himself for Jungle, a survival adventure film that wasn’t worthy enough of his bodily sacrifice for acting. I can only hope he didn’t put too much effort into this bottle movie where he’s struggling to break out in a bigger post-Potter role. Keeping fighting, Daniel.