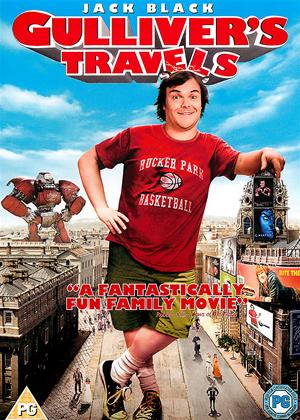 Sign up
Chronicles of Narnia: The Lion, The Witch and The Wardrobe

Seeing a giant and a population of little people in 3D would be awesome, right? How about seeing Jack Black in 3D? In the recent movie adaptation of the classic novel ‘Gulliver’s Travels’ by Jonathan Swift, we find Jack Black as a schlubby hero named Lemuel Gulliver, a newsroom messenger who lives a loser-ly life and is pining for a travel editor (Amanda Peet).

Gulliver wants to prove himself and so he plagiarizes a travel book’s article on a destination he has never gone to and presents himself as a wanderlust to the travel editor. Lo and behold, he gets an editorial assignment – but he has to go through the terrifying and enigmatic Bermuda Triangle to get there. Sounds exciting enough for Gulliver? You bet. And so Gulliver intrepidly dares to be the globetrotter that he really isn’t and an accident brings him to the island of Lilliput – where its population happens to be the tiniest of peoples.

As an unfaithful adaptation and a concept, ‘Gulliver’s Travels’ is okay especially with the CGI giant Jack Black and Lilliputians. The cast is stellar: Emily Blunt, Jason Segel, Bill Connolly, Chris O’Dowd, Catherine Tate – but it’s way off what intends to be, which is funny. Isn’t that what this adaptation wants to be? Granted that the satire on society has gone out of the window, that’s all right, but at least be funny.

Jack Black does his best to be his usual hyper and sarcastic self and yet all that heavy lifting amounts to nothing. With cute tiny people reenactments of ‘Star Wars’, ‘Titanic’, and even ‘KISS’, the novelty wears off quickly. Heck, the most hilarious scene in the movie is when Gulliver douses a fire by peeing on it – and that’s not even the production’s adlib – it’s in the actual Jonathan Swift novel!

‘Gulliver’s Travels’ tries desperately to be a kids’ movie just because it has Jack Black at the helm. Then it slaps 3D on it and they think it’s truly for the tots. But the movie doesn’t do much than be a collection of one unfunny gag to another.