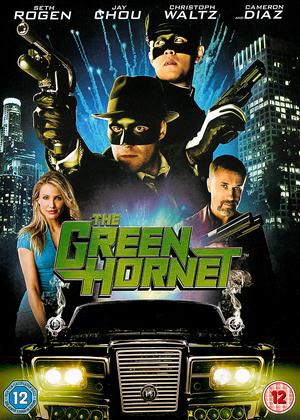 Reviews (3) of The Green Hornet

I found this film very enjoyable, being of a genre that reminds me of my childhood pretending to be comic superheroes (But in reality only rescuing the cat).

The plot line is classic and fairly predictable but the film is still good fun nonetheless. The effects are good and the humour pretty dry in places.

recommended for an easy to watch, enjoyable superhero romp.

With the Superhero genre coming thick and fast this one should have stayed on the cutting room floor. Seth Rogen (who starred & co-wrote the film) basically plays himself. Too much schoolboy humour, too much of his fave word s..t, too little style, too little chemistry between the leads resulting in a cringeworthy film with oh so much unoriginality. Wait for it to come on TV (but have a standby ready)

Wow not good - The Green Hornet review by JL

Director Michel Gondry (‘Eternal Sunshine of the Spotless Mind’, ‘The Science of Sleep’) is known for lo-fi films with an artsy-fartsy heart, so when he was tapped as the director for another film version of ‘The Green Hornet’, it already had mixed reviews. Add to that the casting of Seth Rogen as Britt Reid aka The Green Hornet it seemed the production of this film was set to amuse – and not in a good way.

Hollywood is such a fan of film reboots that it was no surprise that they would do this famous title yet again. Thanks to Bruce Lee as Kato in the short-lived TV series, The Green Hornet has survived becoming a mainstay of pop culture, and this generation gets Chinese actor/popstar Jay Chou as his substitute (a fine choice, anyway.) The appeal of ‘The Green Hornet’ really relies on Kato. From what I saw on re-runs of the TV show, all I ever wanted to see was Bruce Lee. It’s nice for me that the sidekick is the brawn and the brains of the hero-sidekick relationship, but I suppose, that is the point of ‘The Green Hornet’. And the point is driven home well when you have Seth Rogen as Britt Reid/The Green Hornet. ‘The Green Hornet’ is hilarious when you give it a chance and yes, Rogen as the lead/superhero is an acquired taste. The challenge really is on its director Gondry, who has not tackled ‘action’ in terms of car chases, blowing up cars, firing guns, and the chaos that an action film entails. At first I wasn’t sure it was even Gondry directing – he could actually do an action film, but I knew he was going to showcase his style soon enough. And it did show itself and it made me happy.

Still, ‘The Green Hornet’ fails to impress; maybe on the second and third viewings you will understand what it wants to be. Honourable mentions go to the pimpin’ of the ride The Black Beauty and Christoph Waltz as the villain being super-effective. Best part, really? Kato. Bruce Lee would be proud.