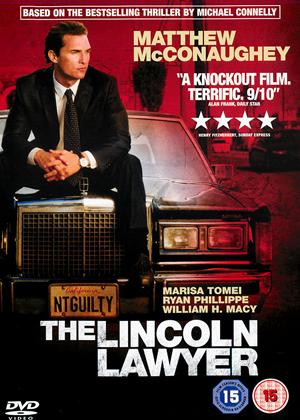 Reviews (1) of The Lincoln Lawyer

Interesdting, but over long - The Lincoln Lawyer review by CP Customer

This was fairly enjoyable although I found it boring in parts and over long. I do prefer John Grisham who seems to prvide a good story line plus thriller element much better. I was sadly disappointed

These days, lawyers in expensive, dapper suits are as criminal as the people they accuse and defend. Nothing is black and white anymore – gray is the shade of the day. Matthew McConaughey’s character in ‘Lincoln Lawyer’, Mick Haller, is all about the Benjamins. Are you a drug dealer, thief, money-grubbing son-of-a-bitch – or all of the above? You’re automatically Haller’s client and remarkably, he talks shop with you in the backseat of a Lincoln Town Car, his mobile office of justice.

Haller is a no-nonsense, sharp charmer who can win you cases in a jiffy. When Louis Rolet (Ryan Philippe) asks if he can defend a man who just beat up his girlfriend (allegedly), of course he doesn’t refuse. When it comes to the guilty, Haller does not discriminate. However, Rolet’s case is much more than a domestic abuse issue. Now people are after Haller, real danger is imminent, and his stand to be ambivalent will be tested.

Based on the novel by Michael Connelly of the same name, ‘Lincoln Lawyer’ proves to be an entertaining crime drama that hits all the right notes albeit there’s nothing new to see. At least it’s not a romantic comedy that Matthew McConaughey somehow prefers nowadays. McConaughey again plays a lawyer (he was a prosecutor in 1996’s ‘A Time To Kill’), and again his motives are being questioned. His character’s smarminess is countered by natural charisma and it’s difficult to be disgusted by Mick Haller; quite a feat, really, and it is one of McConaughey’s specialties – no one can play Haller like he can. Marisa Tomei, Josh Lucas, Michael Peña, and William H. Macy add to the film’s street cred quality.

The way Haller traipses the inner-workings of lawyers, goon cops, and the system itself is interesting. In a way you get a peek on how cases are handled by lawyers, it is good stuff and does not resemble the choreographed situations you see in court room drams on TV. On the other hand, you find yourself squirming in your seat because of the nastiness going on in the name of law and lawlessness.