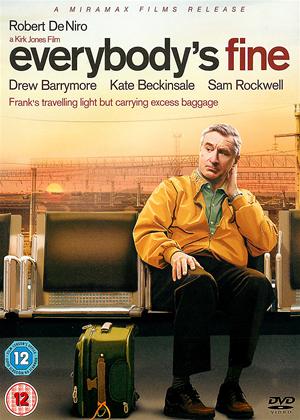 Funny and heart-warming movie ruined by its last half hour. - Everybody's Fine review by PV

This film starts off so well: the central premise is a strong and believable one, and it's good to see an older character on screen too. Though I did struggle at times to believe a bluecollar worker would push his kis to go into artistic careers (notoriously badly - if at all - paid), rather than go into IT, law, medicine, business.

But not matter. There are some genuinely touching and funny scenes and dialogue. And the set-up, and the increased jeopardy of the plot, are believable.

Then, about two thirds of the way through, it all goes splatt - no doubt to some Hollywood script doctor wantingt more drama and sentimentality (and, as per usual, the cheesiness of the sachharine sentiment has the opposite one to that intended, at least on me).

I won't give a spoiler here. Suffice to say there is no need for the increased melodrama in the final half hour of this movie (and the son's character arc is not really believable either). It's a shame this movie could not have ended much sooner, and saved itself from the unnecessary sentimentality towards the end.

If it were not for events towards the end, I would give this 4 stars. But this movie spoilt itself, so I give it 3.