Rent Indiana Jones and the Kingdom of the Crystal Skull (2008) 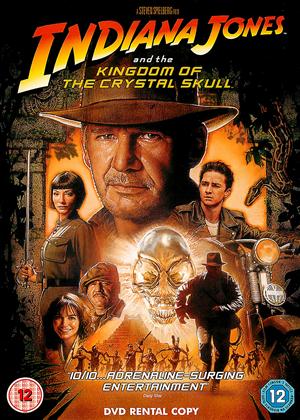 Having seen this and National Treasure 2 this year, I'd say the latter is the best film. Some of the Indiana magic is missing and Harrison is mainly just going through the motions. A poor script, generic set pieces and a long running do not help, and that's before you even experience the ending.

This film exists just to make money for Lucas and don't buy into it. Even Spielberg (not my favourite director by far) cannot save this tiresome romp.

loved the first 3 films, as did everyone

this film is disapointing, it has lost its x factor, that which made the first 3 films great, it is slow, very poor story, and unbelivable ending and a not too convencing beginning either, too far fetched and not well acted either, as if the actors did not quite belive in the film they were in, would not watch this film again,

STILL ENJOYABLE . - Indiana Jones and the Kingdom of the Crystal Skull review by CP Customer

I found this latest indie film enjoyable ,they may have waited to long in making a follow up and Harrison ford has definatley aged but he still looks the part.The film springs some suprises and ties up some loose ends,and it was great to see some old faces along the way.If you are an indie fan then this is a must,if only to kill the curiosity.

Indie goes Sci-Fi. - Indiana Jones and the Kingdom of the Crystal Skull review by CP Customer

The first two Indiana Jones were two of the best action films of all time, the third was a bit of a let down but still a decent movie. 'The Kingdom of the Crystal Skull' though is easily the worst of the bunch, Harrison Ford looks too old for the part and even though some gags play on his increasing age he still looks and sounds like someone's bad tempered granddad. The story is goes from mediocre to downright unbelievable, the action scenes are far too long and the special effects while good are a bit too over the top. The film also suffers by having far too many co-stars most of which are on screen at the same time. Overall, while the film is watchable don't expect any of the magic of the first two movies.