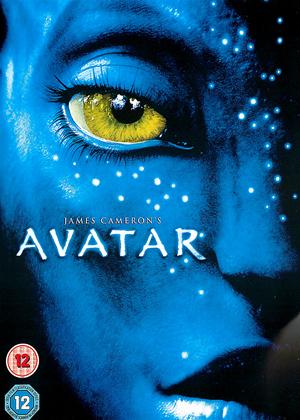 Very good movie with excellent animation and effects. Good plot and story. Well worth staying in and watching.

Didn't expect to like it. Loved it. - Avatar review by Stefan

Not normally my dizzle, special fx-laden cartoon fests, aliens etc. I saw it in 3D at Glasgow Imax and was thrilled. My brain told me it was just a classic story (has elements of Pocahontas) dressed up for a generation that can't watch anything without CGI, but I was completely immersed in the film (the Imax format did help in this regard). Came out of the cinema feeling genuinely wowed. And the story is just a classic plot, moved to a different setting, so I'd say the criticism of a noddy plot is somewhat unfair. Good fun.

The director is reported as saying that Avatar shares themes with The Emerald Forest, Princess Mononoke, and with Dances With Wolves. For shame: they were well thought out and nicely delivered. All this film has is a superficial plot and pastel-coloured CGI. It is heavy-handed and trite. As for the many creatures, when they're not playing cutey-pie, they're just silly.

Offensive, smug, boring, pseudo-religious, environmentalist, green-wash trash from a director seemingly enthralled by a bizarre snese of American environmental superiority - when in fact the USA is the least environmentally friendly country on earth.

Funny though: I never realised blue people on a distant planet could look like African Americans or have perfect teeth.

Stoopid and offensive - and proof, if any were needed, that money will buy you Oscar nominations.

This movie is the definition of dumb.

3 out of 18 members found this review helpful.

Admittedly I don't have sophisticated tastes or any knowledge of animation techniques, but I found the animations impressive. The fairytale forest was very pretty indeed and it was clever that the avatars looked like their "drivers", but in no very obvious way.

But I found the central assumption cancelled out the environental message: Namely, that violence is the solution to everything, and war is Good, provided you are In The Right. It would have been very much more interesting and profound had the Na'vi triumphed without grabbing guns and blasting the earthlings out of the sky..

In the event, though, "Avatar" is just another war movie.. Just with goodies who are very tall..and blue.

A Wow! movie. Beautifully acted and brilliantly scripted it is a futuristic masterpiece where manind yet again almost destroys a trusting and non threatening species in the name of monetary gain. The special effects are superb and I would definbately like to live on that moon Pandora. It is long but I was gripped throughout and defiantely rooting for the Navi tribe. WATCH IT.

I first saw this at the cinema in 3D and was impressed by the effects and CGI animation but underwhelmed by the story. Seeing it now at home confirms my impressions: the story is naive and simplistic, and boils down to: white boy goes native. Although clearly a great deal of money and effort has gone into the CGI effects the underlying story is poor and has been done before. Certainly, the films I immediately think of are 'A Man Called Horse' and 'Dances With Wolves' which both tell stories of a white man who lives among a tribe of North American Indians (more politically correctly, Native Americans) and absorbs their way of life. I believe this story weakness is also reflected in the fact that it only (??!!) won 3 Oscars for Art Direction, Cinematography and Visual Effects rather than the further 6 that it was nominated for, including Best Picture. And my disappointment in the film is mirrored in its fall in the IMDB rankings, currently (Jan 2012) down to #214 – and I believe that soon it will fall out of the top 250 altogether once the novelty of the admittedly good effects wears off. Still, the studio and producers must be laughing all the way to the bank since it has taken a little under $2.8 billion so far. So who am I to judge? Well, I judge it worth 3/5 stars – and compared to other Oscar winning films over the years, frankly that's being generous.

This is one of the most overhyped, poorly made and boring films that I have ever watched. The story is basically that of the Disney movie 'Pocahontas', but transposed into Space and the Future. All the same elements are there, they even have the same 'Tree of Life'. There is nothing new nor original about this film at all, the story has been pinched from numerous other 'boy meets girl' films, the much hyped animation isn't even that good. For example when they scan the trees in the forest you cannot see individual leaves, they all blend into a blurry mass. You know how poor quality CGI scenes on a battlefield blurr the thousands of soldiers into one muddy mass, a bit like mixing the colours in Plasticine, well that is what happens to what should be fine detail in this film. I think that part of the issue may be because this is animation, instead of keeping the detail clean and simple, they attempted to create such fine detail, that the failed and instead ended up with lots of very muddy scenes from a technical viewpoint. I found this very boring to watch and after the first half hour wanted to switch off. But I forced myself to watch the whole film and even at the end was not impressed, nor were any of my friends. I personally love animated films but I feel that studios are concentrating so much on giving us the latest 'Special Effects', that they are forgetting to produce films with a plot that actually entertain. So mucho way over hyped for me!

Still the 3D benchmark for all to follow......I recall watching it 1st time in the cinema....fabulous 3 hours entertainment.. ..a masterpiece 10yrs in the making.

The knockers should lighten up.....its a fantasyland movie......chill and enjoy the outstanding quality even if storyline is not to your taste.

Whilst the overall story is nothing new, ie Dances With Wolves (1990) or The Last Samurai (2003), this is a really entertaining epic ecological science fiction film and director James Cameron's passion piece. His themes are rich and entertaining from anti-colonialism to environmentalism but ultimately this is an adventure film, with action, romance and jaw dropping special effects. It's set in the future on a distant jungle planet where humans have arrived to mine a valuable ore. But the local tribespeople, the Na'Vi, are seen as a problem by the military, led by tough megalomaniac Colonel Quaritch (Stephen Lang) and company man Parker (Giovanni Ribisi), although grumpy scientist Grace (Sigourney Weaver) is trying to win them over by integration and education. She has devised a way for humans to transfer their consciousness into a Na'Vi body, called an avatar, and to befriend them. Jake (Sam Worthington), a paraplegic ex soldier, joins her team and he soon finds that his Na'Vi body is preferable to his own and he comes to love the Na'Vi way of life. But Quaritch is planning to massacre them all to clear the way for a new mine. This sets up the story for some stunning action set pieces and Cameron utilises aspects from his own Aliens (1986) and steals shamelessly from the Star Wars franchise (the Force is alive and well on this planet) to create a really stunning world. Lang is superb as the psychopathic soldier ready to kill everyone and Zoë Saldana co-stars as the Na'Vi warrior who tempts the hero. It's only Worthington who doesn't quite have the leading man chops to carry this all off so it's a bonus he's mostly camouflaged by the CGi. But nothing can be taken away from the sheer spectacle of this film, it's exciting, fun and worth a revisit (try and catch the extended edition it has some interesting backstory for the Jake character) and if you've never seen it then it's a great family film too so worth an evenings viewing especially as sequels are on their way and likely to be big box office.

After all the hype 'Avatar' is a film which I really wanted to like, though sadly I came away a bit underwhelmed. The story shamelessly pinches bits of plotline from other films and the result is a real cliché ridden storyline which is little more than a special effects laden Sci-Fi version of 'Dancing With Wolves' mixed with the ecological theme of 'The Emerald Forest' and jam packed full of plot holes. The story also lacks any subtlety with an ecological message that just bashes you over the head rather than attempting to prick your conscience. Visually it's mixed bag, the CGI of the luminous forest at night was absolutely stunning and there are plenty of 'wow' moments within the film though there is just as much average CGI which often looks like a good quality PS3 cut scenes. Overall, this is a real mishmash of a movie with a paper thin storyline all wrapped up in some pretty CGI, and while it's a film most people will want to see, don't be surprised if you come away feeling a little disappointed.