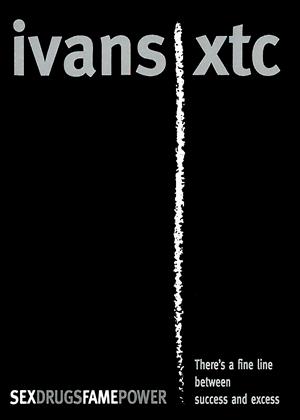 Synopsis:
Outstanding and daring, Bernard Rose's exploration of Hollywood's seamier side tells the story of a man who has everything, yet finds that this can never be enough. Ivan Beckman has the Midas touch. He's secured the deal of his career, and life in Hollywood's fast lane has just got one hell of a lot faster. But when fate delivers a cruel and unexpected blow, Ivan is sent spiralling out of control. Soon, he starts living his life of hedonistic pleasure - parties, women and drugs - to the extreme. And while others are more than willing to join in the fun, only Ivan knows the occasion.
A modern day interpretation of Tolstoy's classic short story, The Death of Ivan llyich, this brilliant expose of Hollywood's cut-throat world of deal making and breaking features a truly inspired performance from Danny Huston.
Actors:
Danny Huston, Peter Weller, James Merendino, Adam Krentzman, Lisa Enos, Alison Taylor, Joanne Duckman, Robert Graham, Caroleen Feeney, Sarah Danielle Madison, Morgan Walsh, Jay Lavender, Carol Rose, Steve Dickman, Wendy Rhoads, Kate Connor, Kenneth Stephens, Jay Itzkowitz, Julia Verdin, Alex Butler
Directors:
Bernard Rose
Writers:
Leo Tolstoy, Bernard Rose
Studio:
Tartan
Genres:
Drama

My vote for the best film of its decade. - Ivans xtc review by Steve Mason

Profoundly moral, scabrous film about a Hollywood agent's descent through a very real LA hell; features an acting tour de force from Danny Huston, which is as great as any you will ever see.

I am giving this 5 stars because of the last scene. Watching the movie I was tempted to stop because I just wasn’t interested in the totally self centred people . I kept going though because the main character Ivan, played by Danny Huston, is such a sweet loveable guy. Ivan has a smile that lights up the room. There are glimpses of him at parties, surrounded by people, when you see sadness in his eyes. If anyone looks at him he breaks into a smile. His best friend seems to be an old golden retriever. (I did wonder when does that poor dog ever get taken out?).

Spoiler: Then the final scene. Ivan’s world is imploding.  He is in intensive care, dying in hospital. The soaring music is from Tristan and Isolde. Ian is tethered to the bed with tubes. Machines blinking to either side of him. A nurse enters his room. She does not know him but with profound empathy she tenderly wipes his face as his wild eyes bore into her. He reaches to her shoulder. Instead of shrugging him off, she puts her hand on his. She holds his other hand. She puts her forehead on his. She offers him dignity. This compassion, human touch is what he so craved. As she leaves, in slow motion, she touches his foot. I watched this while we are in lockdown with the plague like virus. Doctors, nurses and staff in hospitals are covered in protective gear. They are unable to offer this human touch. People are dying without being held. This last scene is done so incredibly well I was literally gasping. As soon as it was over, I reversed and watched that scene again. The directing is truly marvellous.

Danny Huston  is as good as it gets. I want to see every movie he is in.