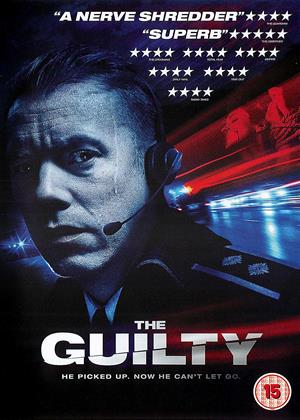 Wow, the suspense! - The Guilty review by PT

Sit back and live the suspense as the story unfolds for Asger.

The focus is tight, the story is intense and you are held in suspense while you live the story through Asger, and it doesn't let up once it starts right through to the end.

In Danish with subtitles.

An outstanding one-hander - The Guilty review by AB

First off - this film is subtitled. If you are OK with subtitles then this is a tense, psychological thriller. It is set entirely in a police emergency call centre, and is the story of how one cop handles a very difficult call from a kidnapped woman. He, Asger, appears to be handling the situation extremely well, until there is a horrible twist in the plot.

Although you only hear the phone conversations between Asger and the various people involved in the drama, you do feel that you start to know them and what they are going through. Asger himself has his own major problem, and this ordeal he goes through leaves him a better person. It is brilliantly done. Recommended.

Gripping - The Guilty review by IG

Brilliant, well worth a watch: A very moving and evolving drama that holds your interest to the end, Jakob Cedergren delivers a strong performance.

The main character is Asgar, a Danish policeman currently kicking his heels on the 999 phones. He is in every shot and puts in a super performance of controlled frustration. He is at the same time arrogant, caring and sympathetic and as he is humbled by the enormity of the effect of his arrogance he unwinds and falls apart. Exclusively shot in a small airless office with colleagues that are mostly silent, the sound and lack of sound and background chatter adds to the suffocating atmosphere. All the other characters are voices on the end of a phone and are totally believable. Such an unusual format but it really works and the work that Asgar puts into showing each and every emotion with just his face and hands is remarkable.

What a great film, gripping from the start!

It amazes me how well this film is done considering the entire film is shot in 2 rooms with about 6 cast members and yet it seems like you have seen everything that you have actually only heard as part of a phone conversation, brilliant stuff.

Once you start you cant stop watching. - The Guilty review by RP

Although subtitled very easy to follow. The whole film takes place in a Danish '999' call centre with a rather off hand copper handling the calls. One comes in that shakes him out of his lethargy, you never go outside nor see the other characters but the tension is gripping.

Sit back and enjoy how a thriller should be .

The entire film focuses on one character -- a Danish police officer who has been posted to the desk of a 999 emergency hotline. Through him, we follow a case involving a young mother, who calls to say she has been abducted by her violent ex-partner. The action happens remotely, down the telephone line, as the officer liaises with colleagues on patrol and so on.

The suspense is unbearable at times and the plot is intelligently crafted. The police officer is unusually sensitive, one might argue, but the movie is, ultimately, about what it means to be 'guilty', as the title indicates, when things can be more complex and relative than one might imagine -- something that applies to the lead character himself.

A very good film you will not forget.

A sub-titled Danish masterpiece. - The Guilty review by DW

The other 5-star reviews are grossly understated! This terrific film is the first I've seen to be entirely set in a police emergency response room.

The sub-titles (something I normally avoid but will no longer do so) perfectly suited the dialogue: almost all the Danish words were in very short bursts so looked great in written English, especially when simultaneously showing dialogue from 2 people, i.e a question & the answer.

PS. Just kidding about the other 5 star reviews!

Makes simplicity a strength - The Guilty review by AXY

In-between handling cranks and drunks, a police call-handler becomes increasingly embroiled in a live incident. Despite being set in basically two rooms, a strong script and great sound design make for riveting drama in this Danish film. It's a talkie, so you'll need to either enjoy subtitles or speak Danish.

This is just the sort of European film that might well be taken up by Hollywood and re-made in an inferior version with a big name star (maybe that has already happened). It would be hard to better the intensity and the crisp, spare writing that makes 'The Guilty' such a riveting watch.

The lead character, Asger, is on screen throughout and the story unfolds within the claustrophobic confines of an impersonal police emergency call unit. Jakob Cedergren is excellent as the committed cop with a disciplinary sword hanging over his head.

A word of praise too for the voice actors on the other end of Asger's line, they help ensure the credibility of a nicely twisty plot.