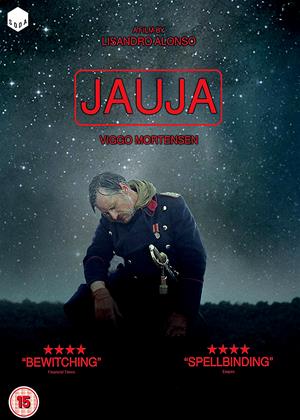 Synopsis:
A remote military outpost in Patagonia, 1882, during the 'Conquest of the Desert' Captain Gunnar Dinesen (Viggo Mortensen) has come from Denmark with his fifteen year-old daughter to take an engineering job with the Argentine army. Being the only female in the area, Ingeborg creates quite a stir among the men. She falls in love with a young soldier, and one night they run away together. Awaking to this realisation the Captain ventures into enemy territory. 'Jauja' is the story of a man's desperate search for his daughter, a solitary quest that takes us to a place beyond time, where the past vanishes and the future has no meaning.
Actors:
Viggo Mortensen, Ghita Nørby, Viilbjørk Malling Agger, Esteban Bigliardi, Diego Roman, Adrián Fondari, Mariano Arce, Misael Saavedra, Brian Patterson
Directors:
Lisandro Alonso
Producers:
Ilse Hughan, Andy Kleinman, Viggo Mortensen, Sylvie Pialat, Jaime Romandia, Helle Ulsteen
Writers:
Lisandro Alonso, Fabian Casas
Studio:
Soda Pictures
Genres:
Action & Adventure, Drama

Sign up
Home from Home: Chronicle of a Vision

So you think you like slow movies? - Jauja review by WS

Well, think again! This makes "Once upon a Time in Anatolia" look like Mission Impossible 6!!

I found myself wondering whether I could be watching result of an auteurs' contest to see who could produce a film telling the simplest story possible in the most dilatory way possible. This is achieved partly through long pauses in the dialogue, but principally by the device of sustaining a shot as the character walks or rides off into the middle, then the far distance, before finally disappearing over a ridge or behind a hummock.

Mortensen's powerful and affecting performance as the intrepid engineer struggling to fulfil his self-imposed mission while dimly aware that he is hopelessly out of his element, helps to keep you interested in the story. But the developments that occur in the last 20 minutes are incomprehensible, and I suspect, intentionally so - an old woman in a cave who may be a ghost or a time-traveller, and the tailpiece set in contemporary Denmark. There are echoes of David Lynch's mystery dramas here, as well as Kieslowski's "Double Life of Veronique".

The unconventional choice of 1.33 aspect ratio, so that the image appears as a fat oblong with rounded corners in the middle of the TV screen with a thick black band either side, is something that I found very distracting and didn't seem the best way to present the stunning landscapes. In an accompanying featurette, Viggo Mortensen gives an explanation for this decision, but I didn't follow it.