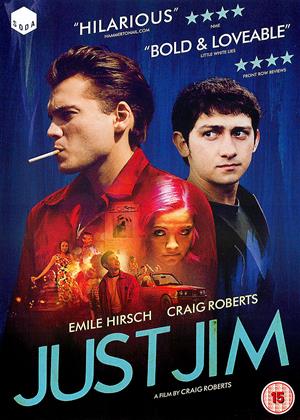 Well, this is what happens when you get state funding (i.e. OUR tax money) given by committees of 'crachach' cronies from the Welsh Arts Council and Lottery Funding jobsworths.

This film is so amateurish it should have stayed in a film school class to be dissected and then rejected before it ever got to the stage of being made.

It is SO unfunny that calling it a comedy must be breaking the Trade Description Act.

It's about a teenager (and the actor who plays him also writes and directs - ALWAYS A bad sign!) who is miserable in Wales (what stereotypes!) and then the film has to do something so introduces an American character who moves in next door (this is never explained or justified anywhere in the script). This is a dire attempt to sell the film in the USA, I presume - but I really cannot imagine ANY US film distributor wanting to touch this 4th rate trash.

There is so much writing talent in Wales, yet our useless Arts Council constantly supports mediocre mess like this. This film is an embarrassment - confusing, confused, unfunny and amateurish.

One to watch to learn how NOT to make films. No stars.