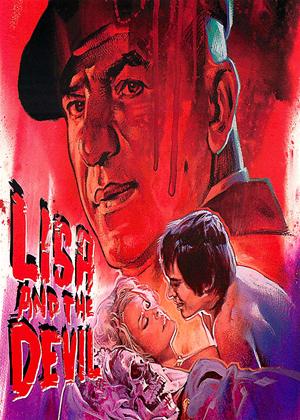 Reviews (1) of Lisa and the Devil

Spoilers follow ... - Lisa and the Devil review by NP

If you are of a certain age, you may remember Telly Savalas as the hugely popular, lollipop sucking detective from the 70s/80s series ‘Kojak’. If you happen to be from the UK, you may also remember Elke Sommer from 1975’s ‘Carry On Behind’ as the genuinely funny Anna Vrooshka. It is no spoiler to say they star as this film’s title characters, for, five minutes in, Lisa sees the image of Savalas’ Landro as ‘the Devil’ on a wall mural in Tuledo and keeps running into him, often as he is carrying a suspiciously lifelike mannequin. Suave and charming (he’s even sucking a lollipop here too – a contractual clause?), he nonetheless exudes a palpable sense of threat.

Lisa, and the audience, then meet a succession of suspicious characters. Not quite grotesques, but a menagerie of people flawed in one way or another, so that a collection of them helps to sustain the feelings of unease. One such character is the ostensibly fey Max (Alessio Orano), who expresses feelings for Lisa. All kinds of horrors are thrown at Lisa, and it seems for a time that Elke Sommers’ is merely required to look as terrified as possible as the weird and the apparently dead line up to shock her.

Savalas is excellent as Landro. Occasionally carrying scenes alone and talking to himself, a lesser actor would not be able to make such a natural job of it. With Savalas, talking to himself seems simply an extension of his eccentric oddness. His scenes with the many mannequins creates pleasingly perverse overtones.

Whilst this a good, unusual horror, the actual scares are pretty tame, despite Sommer’s enthusiastic reactions. Methodical, solid and weird, with the overall effect although playful, is sadly lacking in genuine tension.