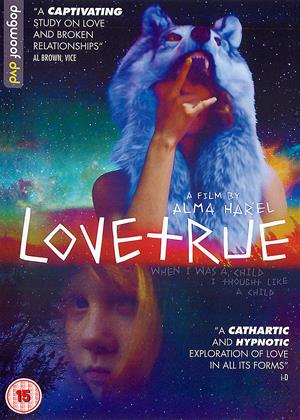 Sign up
How to Talk to Girls at Parties

LoveTrue is represented as both a documentary and a heartfelt (albeit quietly chaotic) drama, which isn’t afraid to intertwine three stories about love, faith, and something else which escaped my mind during watching the film. That’s true because, however artistic director Alma Har’el’s piece seems to be, it’s still rather dull at times and one cannot help but doze off when we’re hit with those exact times. And thus, LoveTrue is as hipstery as it’s written – which is not a bad thing on its own merit (meaning the film is quite enjoyable).

After her successful debut with ‘Bombay Beach’, director Alma Har’el follows up her portfolio with yet another documentary named LoveTrue; this film blurs the boundaries between real life and drama to a very effective – almost poetic – result. I’m using ‘almost’ to emphasize that LoveTrue is not a video essay – but rather a full-fledged film feature that manages to invoke equal parts of empathy and an honest compassion as well. Granted, TrueLove is not a poignant as ‘Bombay River’, but at the end of the day, it carries the same exact emotional weight that the former did.

As stated, this film explores true love and binding faith through the utilization of three intertwined stories; the first story is set in Hawaii and sees William as he struggles to accept that the son which he so adores is not is biological offspring. On the other side of the Globe (somewhere along the Alaskan wilderness) there’s Blake – a stripper who looks for a real meaning in her meandering life and the profession which she both hates and loves. Meanwhile in New York, Victory and her seven very musical brothers and sisters try to accept the fact that their father has had an affair. But, here’s where fiction and reality cross paths to give us, well, something very much different in its core.

This difference comes in the form of the ‘aftershock’ interviews that Har’el does about the experience of these actors who find themselves playing these exact roles. Feeling meta yet? Because that’s the first thing that popped to my mind after I witnessed how Har’el blurs the line between filmmaking, acting, and perhaps a stage play as well. When one comes to think of it, TrueLove is an amalgamation between a social experiment, a hipster feature film, and an artistic installation all blended into one. Yup, I’m satisfied with that description, so I’ll leave you to ponder about the meaning of it all.

Finally, if you’re into the kind of weird-artistic stuff, or when things are flowing just because, then TrueLove may possibly satiate your thirst for hipster art. No, I’m not kidding.