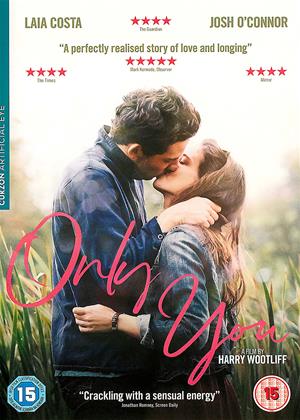 A frustrating film (Star rating given for story/film theme, NOT acting or direction) - Only You review by TB

I was interested in Only You after hearing very positive critical reaction, and also for the casting of Josh O'Connor, who was incredible in God's Own Country (If you haven't seen it, put it on your rental list once you've finished reading this.)

I want to get the positives out of the way, because I had a very big problem with this film, but it has nothing to do with and is not the fault of the actors. The performances, especially Laia Costa, are great. The direction as a whole and the cinematography are also brilliant, and the soundtrack is discreet but powerful.

But I have a massive, massive problem with this film: (slight spoiler, but after reading the blurb, not a big revelation) The whole thrust of this film is centred around the difficulty of Elena trying to conceive a baby; you see the ups and the downs, coupled with the frustrations which they then take out on each other. But nowhere in this film in any way, shape or form, is adoption of a child even considered or mentioned.

And the reason I have such a problem with this is because there is an adoption crisis in this country, with hundreds of thousands of children who desperately want a loving home/parents who are being left in care. So to sit and watch one definitely vacuous character, and another who becomes it over time; constantly talking about having children/a family and the importance they attach to it, yet not making any effort after not conceiving naturally to transform a non-biological child's life, is actually quite sick-making.

I hope that Harry Wootliff, who is absolutely a talented filmmaker and from the technical aspect of this film is a woman to watch, will maybe look at this subject in a different light that does involve adoption. Because after watching this, whilst I feel sympathy and compassion for any woman who has gone through the difficulty of not being able to naturally have children, to not even try to change an already living child's life is not something I can recommend

Excellent - Only You review by BE

A very grown up movie about an initial loving relationship which evolves into the couple taking their very real frustrations out on one another. This was due to the fact that the female was unable to conceive of a wished for child.  With hindsight, this may not have been a bad thing.  They started living together after a whirlwind romance and whilst physically well bonded, had no time at all to really get to know each other over any length of time. Thus, it may not have been a good idea to bring a newborn onto the scene when their relationship needed to mature into a strong and healthy one. Once this had been achieved, I should have thought that if they still felt they wanted to extend their 'family', hopefully they would be open minded enough to look at adoption. The movie was extremely well crafted and the acting so natural, it was almost like being a 'fly on the wall'.   The soundtrack was also very good.

nothing memeorable . - Only You review by robin

.. Couple falls in love tries for a kid... And ultimalty love wins... Yeah tried and tested formula.. but the story ultimately fails to make its mark in this genre.

Tbh.. it was a touch boring

Only you - Only You review by CM

I like the film a people driven piece, Elsa and Josh go on a long journey.

They try to have a baby, my criticism is the ovf process seemed inaccurate.

The film is intimate and the acting is Brilliant, the couple have a unique bond. In the end love won the day

Got bored - Only You review by RF

It started off so well, but then just seemed to drag on. Supposed to be exploring a very emotional topic, but, in the end, it just got a bit boring.

May be others will enjoy it.  See it if you feel you must. Everyone is different

Powerful & Honest Romance - Only You review by GI

A powerful romance story following a relationship from its very beginning through the unforeseen traumas of life. Elena (Laia Costa), a spanish emigré living in Glasgow, meets the fresh faced Jake (Josh O'Connor), a PHD student, on New Years Eve when they both agree to share a taxi. A passionate relationship very soon begins with Elena acutely aware she is 10 years older than Jake and reluctant to admit this as she harbours a fear his youth will eventually be their downfall. But Jake's forceful declarations of love and his commitment to them as a couple convinces her especially when Jake openly wants them to have a baby. However when she fails to conceive tensions begin between them and she agrees to IVF and tests. Their relationship will be tested to the full. This is a film told with a refreshing honesty in its depiction of a relationship and the nature of love. The way a relationship subtly changes is presented through two great central performances. The difficulty in Elena conceiving is the issue that bears the burden of the story and how it affects both of them in different ways. Jake, for example, has an idealised view of how a relationship should be which he has based on his parents but during the film his father (Peter Wright) reveals some home truths! Overall this is a neatly realised story of love and longing and it highlights, as the title suggests, that with love can also come loneliness. Worth checking out.