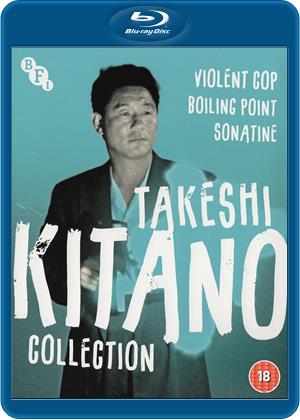 Rent other films like Who You Think I Am

Clever, original and watchable - Who You Think I Am review by PD

This highly original, clever piece by writer-director Safy Nebbou is a highly watchable film, with Binoche, as ever, quite superb as divorced academic Claire. At times there is a touch of Woody Allen comedy of manners, at other times more than a touch of Michael Haneke creepiness: the script frank and perceptive about the cloak of invisibility that, past a certain age, even the most charismatic women take on in the eyes of many men. Already insecure about ageing, Claire remains principally attracted to younger guys; after all, if her ex-husband could leave her for a woman young enough to be her daughter, why can’t she play the same field? Claire confesses this and more to her quietly quizzical psychoanalyst Dr. Bormans (Nicole Garcia) in what turns out to be a crucial framing device, dipping the story into shifty realms of potentially unreliable narration and outright fantasy.

After a dalliance with 'Ludo' fades into unanswered phone calls, Claire nurses her wounded confidence by turning to social media — inventing a fake profile for imaginary 25-year-old fashion intern “Clara” in order to cyber-stalk Ludo and his attractive bro circle. What starts as a mildly vengeful mind game gets progressively more sinister, whilst Claire’s repeated therapy sessions with Dr. Bormans, meanwhile, are more than a mere device enabling a secret-bearing protagonist to speak her mind: the two women’s long verbal volleys are laced with perceptive, lightly caustic commentary about the disproportionate degree to which women’s social and sexual behaviour is scrutinised and judged by society, themselves included.

The central construct takes a huge suspension of disbelief (the impossibly gorgeous Binoche seems to me far more beautiful and interesting than her adopted younger self), and the last half hour is a bit silly (the 'plot twist' you can see coming a mile off), but Binoche somehow makes it all credible, and for anyone who’s ever been ghosted on the dating trail — or been an offender themselves — her evocation of the desire for human connection and terrified self-sabotage is uncomfortably easy to empathise with.

Improbable - Who You Think I Am review by LA

I like Juliette Binoche which was why I chose this film, but she was made to appear absurdly unappealing which was sad - are older actresses meant to be less attractive simply because of their age? The whole online fake persona premise was also absurd, and would never have convinced anyone, so the relationship it purported to explore never could have worked.