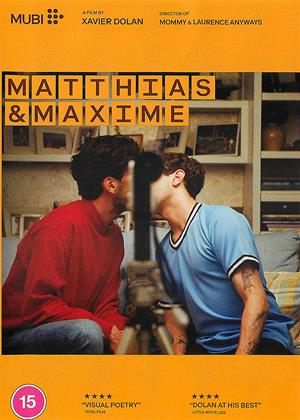 Reviews (3) of Matthias and Maxime

Growing Up - Matthias and Maxime review by AA

Interesting film about two childhood friends who share a kiss as a stunt, but which has repercussions going forward!  Whilst watchable I found the story line rather thin and the characterisations of some of the characters dubious.  Not a film I could recommend!

Patchy and frustrating - Matthias and Maxime review by JB

For a while, Canadian writer-director Xavier Dolan was the enfant terrible of French-language cinema, an outspoken 20-something making spiky dramas such as I Killed My Mother and Mommy full of vivid characters, of-the-moment music and wild energy that won awards from his home country to the Cannes film festival. He's had a run of poorly reviewed films recently, including an English-language one starring Kit Harrington that, two years after its initial release, hasn't come out in the UK yet.

His new movie, Matthias and Maxime, sees him return to more familiar ground and is slightly more toned down than the histrionic heights of Mommy. Matthias (Gabriel D' Almeida Freitas) and Maxime (Xavier Dolan himself, in a rather good performance) are childhood friends whose friendship is put under strain when they're asked to kiss one another in a friend's new art film. Something awakens between them, but as Maxime is leaving for Australia, the question is: is it too little too late?

There's something really unfocused about this movie. This is most evident in a subplot, not entirely connected to anything else, which sees Maxime's difficult relationship with his deeply troubled mother, that he's trying to tie up before his trip. It takes up a chunk of the film but is by far its most fully realised, affecting part. The will-they-won't-they Maxime/Matthias storyline feels rather thinly spread between those scenes, only really picking up in the second half again. There's also a lot of time spent on on their wider friendship group - partying and generally being obnoxious - that doesn't seem to serve a real purpose and is often actively annoying.

At his best, Dolan's movies are full of wild but invigorating energy but this, for me, showcases his worst excesses… patchy storytelling, too many characters often thinly drawn and an over-reliance on music and clichéd stylistic tics from slow motion to time-lapse photography to generate drama. It's a shame as he can do so much better and you can see traces of brilliance all the way through this messy and unsatisfying film.

Again its just Americanisation of the French film genre. Sloppy direction and meandering story. To be honest- basing a whole movie on the fact that two guys kiss each other on the lips is rather pathetic. Avoid at all costs.