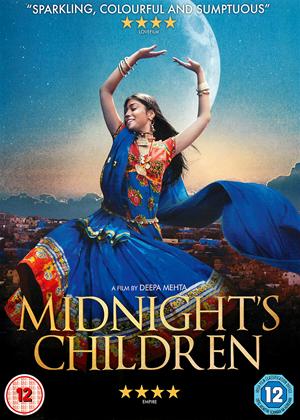 I was looking forward to the interpretation of one of the most important books of the second part of the 20th century. The subtitles for dialogue not in English was too small, too long and almost impossible to read. I realise how important it was to use actors originating from the sub-continent but sadly much of the dialogue was, like the subtitles, impossible to de-code. A great pity that a filmic interpretation of a great book should be so clumsily produced and directed.

Following a screenplay based on the supposedly unfilmable novel by Salman Rushdie director Deepa Mehta presents Midnight’s Children, the story of children born on the stroke of midnight on the day in 1947 when India became liberated from Britain. Hints of magic and attempts at beautiful fantasy percolate through this movie like trickles of filthy undrinkable water in a barren desert. What should be refreshing and invigorating is putrid and entirely wasted.

Those who have read the book (unlike myself) may think the above comment overly harsh, yet after loosing two hours of my life to Midnight’s Children I can not help but feel vindicated in my assertions.

The story, which remains very true to Rushdie’s original novelisation, follows two babies, switched at birth so that the son of a rich man grows up in a poverty stricken slum with a single parent, whilst the poor child grows up spoilt and wealthy. This Prince and the Pauper-esque story is set against the backdrop of a new India where children are growing up experiencing things as their parents and grandparents never have. The additional magical powers of the children born on this special day give the boys an extra layer of insight into their changing world; or at least one assumes that it the intention.

The key problem with the movie is the excessive detail poured into the narrative; Rushdie – who also wrote the screenplay, produced and narrated the movie – claims to be very proud of the final piece. For viewers however it is a heavily laden piece with an unbelievably long and unnecessary prologue of about 40 minutes before the story can really begin and from there, rather un-likeable characters.

What is a real shame is that something as simple as a critical editor/re-writer in the early stages of screenplay and script writing could have allowed the key story, one of magic, of birth and of liberation, whilst keeping some of Rushdie’s original and wonderfully evocative speech. Instead the narrative becomes lost in the narration, whilst the magic of the story becomes suppressed by mundane and unnecessary character traits.