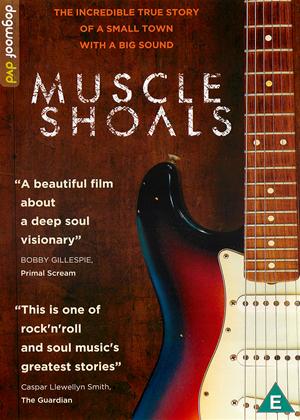 While most musical documentaries strictly reserved for BBC4 specials, Muscle Shoals arrives at a time when people are clamouring for more. Films like Dave Grohl’s Music City and Searching for Sugarman have looked into the underapreciated heart of music and Shoals is no different.

The film follows Rick Hall, the founder of FAME Studios, a revered studio in Alabama which has been responsible for some of the greatest hit records by R&B artists such as Aretha Franklin, Wilson Pickett and the late Etta James. The film follows Hall’s story as he sets out to find the unsung artists that defined their generations.

Although Hall’s tale is a uplifting and equally tragic affair, Muscle Shoals is a disjointed film, one that loses sight of its own message on more than one occasion as it slips into the more comfortable terrain of highlighting big name artists who walked through Hall’s doors. While the film provides a behind the scenes look at some of the great recording sessions that took place the film lacks a personal touch as Hall disappears into the sidelines when Franklin or Pickett arrives.

However this playful documentary finds its heart through the studios many performers, a band of misfits and musical magicians capable of crafting hugely influential and profitable tracks. Dipping into the often troublesome theme of racism, Muscle Shoals makes a character out of Alabama and the lifestyle of the Yellowhammer State. The idea that the state’s heritage has given colour and flavour to FAME’s unique style is a delightful thought and one director Greg Camalier playfully expresses.

If anything the main star of Muscle Shoals is the music as the film splits its time between talking heads and the songs produced and tweaked in the studios four walls. Hall, still working today, has clearly been the orchestrator of one of the greatest musical creations in the FAME Studios but without his band of musicians and the way their styles intertwined he would be lost and that what you should take from Muscle Shoals, that and plenty of classic tracks well worth giving a second (or third) listen.