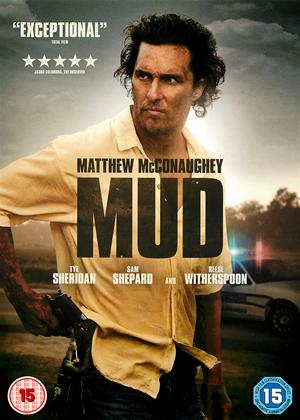 This is one of the best US movies I have seen for ages. There is superb acting here and well-structured, tight writing, plus a wonderful sense of place.

Particularly impressive is the way this story delves into characters' psychology - the way the situation and psyche of a young teenage boy mirrors that of the fugitive he tries to help. The rejection each face change them - and a wonderful climactic scene when the boy confronts Mud is superb and not overdone. You can feel the young boy's rejection and sense of betrayal - ad he grows up to discover an adult world of relationships, lies, betrayal and disappointment.

The drama never lets up here until the quintessential American ending; however, this film takes it further with what is really a epilogue, ambiguously hinting at hope for the future and the characters.

A great film. Far better than I expected. Five Stars.

We really liked this film. The music, accents and background really gave a feel to the location, Good plot and good acting, particularly from the two young lads.

Bit like the little Brit made films that are sometimes done....but US style.........actually quite tight and well acted. Even Reece keeps her twangy vocals to normal level.

Matthew is pretty much spot on. Refreshing to see the yanks can actually pull one out sometimes!

not the best film at all - Mud review by CP Customer

The film is weaker than weak, the young actors hold it for a while one of them reminds me of the late river phoenix. The plot was poor and the way the film went on was to long and drab. Cant films be better than this as the irish film board do alot better than this pile of rubbish.

I watched Mud with a growing degree of apathy. However, I stayed with it, but only out of curiosity regarding how the film ends. Great film? No. Awful film? No. Ok film.

The setting is the films greatest asset. Set in a remote village near Arkansas Mississippi by the river. This is the tale of 2 boys who meet a fugitive. The boy actors are both good, Tye in my opinion a little better. It has a Huckleberry Finn meets Stig of the dump quality about it, with the difference being the river which is beautiful and wonderfully atmospheric. Not brilliant but quite charming. Should be a 12A.