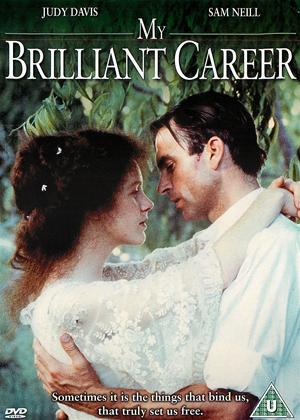 Reviews (1) of My Brilliant Career

This film was a mould-breaker with a strong female character to root for. Inspired by Little Women, no doubt, Sybilla (JUDY DAVIS) defies society's need to get her married, by falling in love with neighbour Harry (SAM NEILL) but rebuffing his marriage proposals to purse a career as a writer.Set at the turn of the 20th century in rural NSW, this is a spirited and funny tale of adversity in the face of stuffy convention. Nowadays, films like this are envogue and being made regularly, bearing in mind that this was released in the late 1970s this must have been a game changer. It certainly helped to launch the international film careers of Judy Davis and Sam Neill. This paved the way for The Piano, Portrait of a Woman on Fire,Pride & Prejudice and other Austen/Bronte adaptations, Little Women remakes and so many more.

If you love Australian cinema, then this is an enduring classic. I've been meaning to see it for years and years to see whether it lived up to its fine reputation, and it certainly does. It's a shame the DVD transfer is quite poor (and there's no subtitles) (not Cinema Paradiso's fault as this movie is hard to come by streaming so at least they've kept it available!) - I will keep an eye for a restored version or a blu-ray.

Engrossing, funny and ahead of its time.