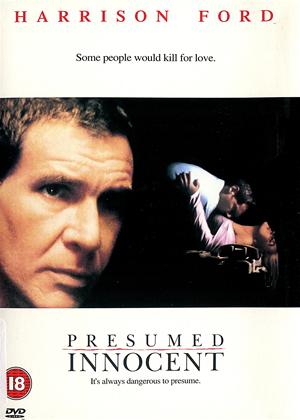 This is a good thriller starring Harrison Ford as a prosecutor ('Rusty' Sabich) in a big American city (which I took to be on the East Coast, but I don't think it is made clear where). When a colleague, Carolyn Polhemus (played by a stunning Greta Scacchi), is found dead in her flat - she has been raped and killed - Rusty Sabich is put in charge of the investigation. We soon learn that he had a torrid affair with Carolyn Polhemus at one stage. The story develops from that point onwards, in the manner of a classic thriller, as Rusty Sabich becomes the focus of the investigation into his colleague's murder.

The well-constructed plot is interesting and the ending unexpected. The acting is good or very good, while the atmosphere is suitably tense and suspenseful. Overall, it certainly is a good film, but it is not a masterpiece, probably because it is a bit too formulaic. There is also something slightly implausible about various aspects of the ending, in my view: some details are not entirely logical or consistent in my opinion, but I will not discuss them here, so as not to spoil the story. Inevitably, court proceedings represent an important part of the film, in that great American tradition: this is fine and it works well, but it felt a bit like Jury Service, as I happen to have been called for Jury Service twice in my life, and most recently over the summer, in Greater London where I live (i.e. 3 months ago)!

In conclusion, I recommend the film, more particularly if you like thrillers. You will not be disappointed.