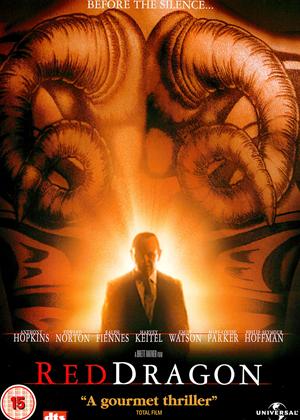 Somewhat pointless remake of 'Manhunter', which was the first of the Hannibal Lecter films to be made back in 1986 – but 'Manhunter' didn't have Anthony Hopkins, who came along later to play Lecter in 'Silence Of The Lambs'. I guess that 'Red Dragon' was made to give a consistent Lecter trilogy with Hopkins in each one (the fourth film, 'Hannibal Rising' is about Lecter's childhood). But 'Manhunter' is in my opinion the better film and Hopkins is far too hammy an actor for the role. In fact Lecter plays only a small role – the central character is a disturbed FBI agent who has been psychologically damaged by his experiences with too many disturbing cases, but who is called out of retirement to solve yet another case. The role here is filled by Edward Norton who is not a patch on the characterisation given by William Petersen in 'Manhunter'.

Don't get me wrong – 'Red Dragon' isn't a bad film and has a host of excellent actors and in fact I enjoyed it – it's just that I'm fed up with seeing remakes of perfectly good films. 3/5 stars.

Other review is quite right, the original Tooth Fairy was very crazy guy. So allowing for how long ago Manhunter was made, was a better film.

Odd to do a sequel film, that is in fact before previous two! Tony is good fun, and is easy money for him and Ralph.

Must agree with premise that Hollywood cannot come up with new ideas? Why keep doing re-makes of definitive originals? Sgt Bilko should have closed the box!

Catch odd film made in New Zealand or Canada, and sometimes even States, made on low budget, with no known actors, and can be quite unique. These can often hold the attention as much as the multi-million Starwars etc.