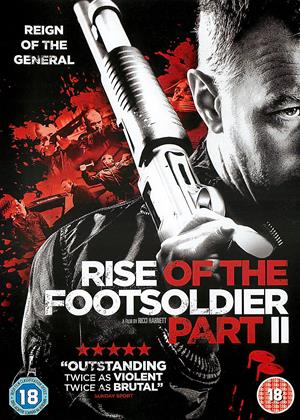 Rent other films like Rise of the Footsoldier II

Reviews (1) of Rise of the Footsoldier II

This film is very similar to those American films where they speak the vernacular that few outside the area will understand.  It is brilliantly acted and directed.  I was born in this area and I assure you, these people actually exist.  Carlton took a wrong turn early in life and then found he was inextricably involved in a criminal network from which he later became desperate to escape.  Initially seeking retribution, he found he needed cocaine to go into battle ... and a lot of it.  He was later to realise that he was getting too old for this life, so eventually cleaned himself up in a bid to give up the life of crime.  He had a wife and kids, whom he loved dearly.

The acting throughout was so good, everything became incredibly real.  From the technical point of view, this film is extremely well directed, the lighting dramatic and the dialogue audible.  However, unless you actually live in London or the surrounding areas, it is unlikely you will understand the dialogue.  In this respect it is in need of subtitles, as there are few consonants uttered.  Maybe, this is the reason that it carried such verite.  The casting director gathered a collection of talent actually from the area of the film's location, and that is what made it so real.  The talent didn't so much act their parts, as live them.  There are no silly theatrics in this film, no James Bond, no superhero fantasy ... it is frighteningly real ... all of it.  In fact, there is hardly a place on this planet, where the violence exceeds what this film depicts.  For me, it was a docudrama, brilliantly portrayed, yet shocking.