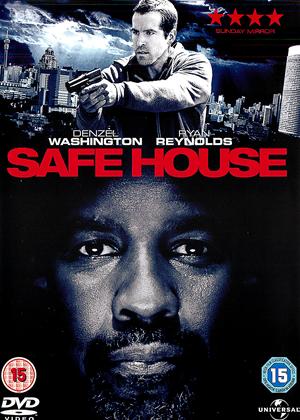 You can guess the ending of this film just by reading the synopsis.The only thing different is the location in S Africa other than that its your usual boring stuff....A lot of the plot does not add up if you think about it..Denzil must have been short of a bob or two to be in this

Ryan Reynolds, Denzel Washington and Robert Patrick star in the crime-action-thriller about a CIA agent who finds himself on the run with a fugitive after the safe house he was guarding is attacked.

Reynolds plays Matt Weston, a bored CIA agent who has been manning a safe house in South Africa for years, until one day one of America’s most wanted men turns up at his post, shortly followed by a suspicious gang who descend on the building, attacking Weston’s criminal dependant.

It quickly becomes apparent that this is more than a local grudge against fugitive Tobin Frost (Denzel Washington) and that in fact some one on the inside of the CIA is trying to ensure the secret Frost has been keeping for ten years stays secret.

What follows is a rather predictable and contrite thriller whose twist can be seen from miles off; expect double crossing, government secrets and minimal creativity. The only really interesting and different aspect of Safe House is simply it’s setting, replacing the blindingly repetitive streets of any American city ever with the unfamiliar and industrial sites of Cape Town makes a pleasant change.