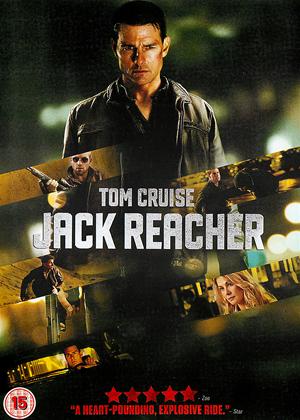 Was curious to see this, but hadn't got high expectations, so I was pleasantly surprised. A good story, well told and well acted (mostly). Not a fan of Rosamund Pike, and she was the film's weakness for me. Also thought that the role of the key bad guy was under written and he ultimately had little to do. All in all though, and enjoyable film.

Cruise at his best - Jack Reacher review by TB

Cruise is at his best in this type of role and just like in Collateral, he nails it.

The story was interesting from the off and not only kept you guessing throughout as to the conclusion but had enough action, twists and tension to ensure that the film unfolded without any overplayed or boring segments to pad the film out. There were also some comedy moments and words that made the character ‘Jack Reacher’, very likeable.

From Oscar winning writer Christopher McQuarrie, whose screenplay for The Usual Suspects (1994) plays a vital part in seeing the film appear time and time again in 100 Best Films, Jack Reacher is a Tom Cruise action movie based on Lee Child’s book “One Shot”.

Determined to hate the piece from the second Cruise’s name appeared on screen I fully expected Jack Reacher to be another high octane action thriller that lacks in story and character, despite my utter hatred of Cruise I have to grudgingly admit that I was impressed by Reacher, with a story packed with smarts and unexpected twists it makes for surprisingly good fodder considering Cruise’s dubious recent film history (Knight and Day, Mission Impossible: Ghost Protocol and War of the Worlds).

Following the death of five civilians when a sniper opens fire without warning the initial investigation leads police to ex-military sniper James Barr (Joseph Sikora), before signing a confession however Barr demands DA Alex Rodin (Richard Jenkins) find the elusive Jack Reacher, a detective and forensics specialist, to help him clear his name. Cruise’s Reacher, seemingly appearing out of no where, begins to dig deeper in the investigation, calling into question the actions of the DA himself and uncovering a shocking conspiracy that unfolds with a surprising amount of class and hidden twists masked by mature and intriguing red herrings.

Without going any further into the twists and turns of the story I believe it would be appropriate to say that what this film has that many of Cruise’s previous efforts have lacked is exactly that, story – the performances by the supporting cast enabling Cruise to portray a character with depth and secrets that for once is intriguing rather than blindingly superficial. Though far from a masterpiece Jack Reacher was certainly a pleasant surprise to one who had written Cruise off some time ago.