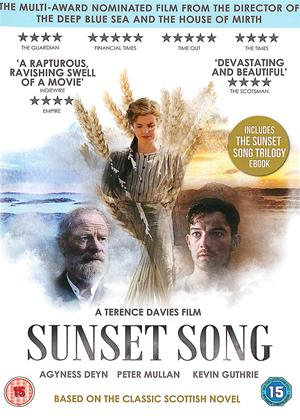 No space to breathe - Sunset Song review by AM

I was looking forward to this, but it left me disappointed.

Apparently, the first time this book * was adapted, it was as a tv mini-series in the 70's. Having watched the film, the expanded tv format seems more appropriate. Too often, it feels as though we are watching a key scene from the book (or even two scenes combined). The story takes place over a number of years and some scenes are months apart. There is little to link the scenes together, and we are left to puzzle over the actions of the characters which seem out of character from before.

Another fault is the casting (not the acting). At the start of the story the central character is a schoolgirl of perhaps 14, by then end she is not yet 22. She is played by Agyness Deyn (with a Scottish accent which wobbles to say the least) who was 32 when the film was released. Both she, and the actor playing her brother are simply too old for the parts they play.

It's a huge shame, because when the film spends long enough on a subplot to let it breathe, it is excellent. A courtship and wedding are really well-done. But for the most part, it feels like a very long book has been excavated leaving just the core plot events, but the heart and lungs have been removed.

* disclaimer - I have not read the book.