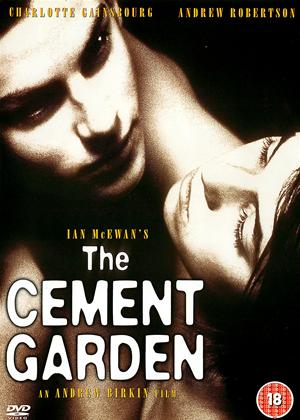 Synopsis:
Four children shocked by the death of their mother conspire to hide her body in the basement to avoid being sent to an orphanage. Eldest daughter Julie takes on the maternal role, as life in their concrete wilderness of a home drifts on. Jack shows little interest in younger brother Tom, who is retreating into his own fantasy world. And seems equally non-plussed that younger sister Sue seems to spend most of her time in the basement writing her diary with her dead mother. Absorbed in himself and his growing attraction to Julie, Jack excludes himself from family life. The arrival of Julie's boyfriend Derek jolts Jack to reality.
There is now the chance that the children may be discovered, although, this is nowhere near as startling as what Julie and Jack are discovering about themselves.
Actors:
Charlotte Gainsbourg, Andrew Robertson, Alice Coulthard, Ned Birkin, Sinéad Cusack, Hanns Zischler, Jochen Horst, Gareth Brown, Dick Flockhart, Mike Clark
Directors:
Andrew Birkin
Voiced By:
William Hootkins
Writers:
Andrew Birkin, Ian McEwan
Studio:
Cinema Club
Genres:
Drama
Awards:

Reviews (1) of The Cement Garden

Ian McEwan is widely regarded as the leading English novelist and is a personal favourite of mine. I've read all his published novels and short stories and enjoyed them - what I particularly like are the well-researched background details, the analytic and sometimes satirical treatment of the subjects and his sophisticated use of language.

His first two collections of short stories and his first two novels, 'The Cement Garden' and 'The Comfort of Strangers', were widely regarded as covering somewhat unwholesome, sometimes unmentionable, dark topics and earned him the nickname 'Ian Macabre'. And the subject matter of this film is nothing if not macabre.

The film is a pretty close adaptation of the novel (with the exception that in the book, Julie's boyfriend Derek is a professional snooker player, which I don't recall being mentioned in the film). The screenplay was written by Andrew Birkin who also directed it - and very well done it is too. [Aside: Andrew Birkin also wrote the script for 'The Name of the Rose', perhaps my favourite Sean Connery film].

I said the story is macabre - it goes something like this: father of four children dies of a heart attack while working to cover the garden with cement, mother dies a few months later, older children (Julie 17, Jack 15) bury her in cement in a cabinet (in the book, a trunk) in the cellar. The children, left to fend for themselves, live in some squalor and the youngest regresses into a baby state. The body starts to decompose and smell, Julie's boyfriend Derek begins to suspect, and the children are drawn ever closer together...

I waited until I had re-read the book before writing this review and my admiration for Ian McEwan's writing is confirmed again in this early short (127 page) novel. 'The Cement Garden' is a dark, almost gothic tale told and filmed almost as if it were normality. But it isn't, and the subject matter and adolescent nudity probably means you shouldn't watch it with your granny. 4/5 stars - highly recommended.

[Aside: the desolate location shots were filmed in Beckton, East London]