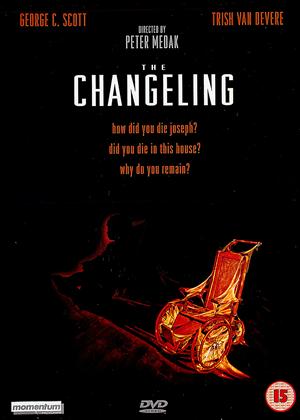 Synopsis:
John Russell (George C. Scott) has been haunted by the horrific death of his wife and child for months. A change of lifestyle and a move to Seattle may be the only way to escape the visions that torment him. With the help of a woman, Claire Norman (Trish Van Devere), a local historian, he moves into an old mansion and begins a new job. But before his life can completely heal, John Russell is plagued by a peculiar string of events, leading him to the discovery of a hidden attic room and a troubled presence that lies within. Consumed with a need to discover the truth of the hidden room, John must right an injustice from long ago.
Actors:
Trish Van Devere, Melvyn Douglas, George C. Scott, Jean Marsh, John Colicos, Barry Morse, Madeleine Sherwood, Helen Burns, Frances Hyland, Ruth Springford, Eric Christmas, Roberta Maxwell, Bernard Behrens, James B. Douglas, J. Kenneth Campbell, Chris Gampel, Voldi Way, Michelle Martin, Janne Mortil, Terence Kelly
Directors:
Peter Medak
Producers:
Garth H. Drabinsky, Joel B. Michaels
Writers:
Russell Hunter, William Gray
Aka:
House on Chessman Park
Studio:
Momentum
Genres:
Classics, Horror, Thrillers
Countries:
Canada

Reviews (2) of The Changeling

Messes with the mind - The Changeling review by CP Customer

This film is from the 1980s so you may have a laugh at the fashions.

This film is well scripted, no blood and guts like most films but more psychological than anything else.

It is such a good film as it keeps you interested at every step of the way - you have to keep watching to see how it pans out.

I will not spoil any plot because I think it ruins it for the viewer, but it's to do with something that happened in the house in the 1900's.

There is one particular scene that reminds me a little of Stanley Kubrick's film The Shining starring Jack Nicholson.

You will have to watch it to find out what happens.

Yet another haunted house - The Changeling review by AS

George C Scott lends his weighty presence to a run-of-the-mill spooky house tale. His major movie star status began to wane around this time and his later career shifted to television, albeit with some great performances. His real-life wife Trish van Devere joins him here, but this is not a good thing: she's an attractive lady but her acting is strictly by-numbers TV fare, and she adds no character to the proceedings. The scares are nothing new - dark staircases, empty rooms, self-motivating furniture, noisy plumbing. The ending is completely over the top. Worth a look for ghost story lovers.