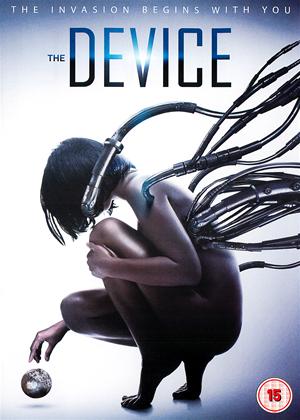 Synopsis:
When two sisters find a harmless looking object in the woods, they cannot know to what extent it will change their world - and ours - forever. The small, black sphere - mysterious, seductive, enticing - conveys a message, a deep, profound biological message, that will reshape our world, recasting relationships with the universe beyond our wildest dreams and worst nightmares. It holds the key to our destiny. It holds the secret to a new kind of life. It holds the embryo of a plan for alien invasion. It is so much more than just The Device.
Actors:
Angela DiMarco, David S. Hogan, Kate Alden, Gabriel Congdon, Ben Andrews, Morgen Johnson, Russell Hodgkinson
Directors:
Jeremy Berg
Producers:
John Portanova, Jeremy Berg, Matt Medisch
Voiced By:
Lorraine Montez
Writers:
Jeremy Berg, John Portanova
Studio:
Image Entertainment
Genres:
Horror, Sci-Fi & Fantasy

Reviews (1) of The Device

This is a nicely acted film, basically a three-hander, featuring Abbey and Calvin (Angela DiMarco and David S. Hogan), a married couple and Abbey’s sister Rebecca (Kate Alden). They characters are meeting up to scatter the ashes of the sisters’ dead mother over a secluded lake, and also for them to build bridges following tragic events that are slowly revealed throughout. At the lakeside, Calvin discovers a black shiny ball that seems to contain strange properties. Following his study of the ball, Abbey begins to experience nightmares.

This a low budget and slightly ponderous story that requires the three otherwise likeable characters to earnestly try to ‘understand each other.’ The alien threat which slowly begins to manifest has caused ‘The Device’ to be compared to The X-Files, which is an understandable comparison. It is a quietly effective story, directed and co-written by Jeremy Berger, who slowly piles on the revelations and backstory in a measured way. Also, Calvin is of note in that he seems to alternate between trying to be rational, and acting downright suspiciously.