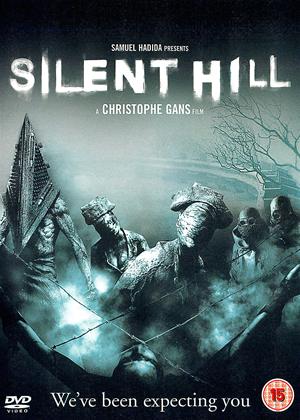 The main problem with 'Silent Hill' is that it just doesn't have enough depth, even in the hands of an established screenwriter such as Roger Avery there's not enough of a story or well rounded characters to flesh out a two hour film. Once you get past the initially good first 20 minutes, the first two thirds of the film are pretty much like watching a live action videogame, going into rooms, finding clues, hiding from monsters, going into more rooms... the result of which is a film that erratically swings between being quite exciting and tense to being pretty dull and boring. In the last third of the film the dark past of 'Silent Hill' is finally revealed, but because the first part of the film squanders any tension and mystery by being so painfully long and drawn out, the final element seems far more of an anti-climax than it actually is. What saves the film to some extent is some great cinematography, director Christophe Gans does a good job in bringing the look and feel of the original videogame to real life with atmospheric smoggy deserted streets and ash slowly falling from the sky like snowflakes. Overall, while 'Silent Hill' is definitely one of the better videogame to film adaptations, it still falls short when compared to films within the same 'psychological-horror' genre such as 'The Ring' and 'Dark Water', and is at best a fairly average horror-thriller, great looking, dark and dramatic in tone, but don't expect too many scares.

Silent Hill the movie is based upon the influential Konami video game series of the same name. The main strengths of the game are the scripting, lead characters, visual design and sense of fear. Most of these fail to make the transition to the big screen.

The strong visual element has been replicated well, with the 'lost' town of Silent Hill rendered in style and layered in that fog. The female leads all put in strong performances and it is refreshing to have strong females in the major roles, with Sean Bean only turning up in small doses.

While the monsters are memorable, the limitations of the budget are evident with some of the special effects. Another mistake is the long running time which tries to condense some plot developments through flashbacks. In reality it tries to do too much, when some of the excess should have been cut out.

Many video games have made the jump to movie status of late. Silent Hill isn't the worst by far, but the producers and scriptwriters have missed an opportunity for a the beginning of an involving series with this attempt.

I haven't played the game, but can tell you as a film, it is truly awful. Gave up after about 20 mins. Made no sense, appeared to have no real plotline, just bizarre, not even scary! Don't waste your time or money!

Sean Bean must be so embarassed to have this on his resume?!

I want to play the game - Silent Hill review by MW

I had been dying to see this film,because my daughter had told me how good the game is.It all started of well,then i started to get a bit confused to what was happening.Overall the film is good.maybe it's just me who found it confusing.