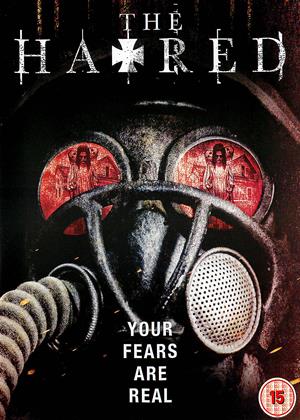 Reviews (2) of The Hatred

This story could have been done in the length of an X files episode and had more drama.

As far as I'm concerned the GHOSTS had more life in them and the story was as hackneyed as they come.

Don't go through the 'dirty door' - The Hatred review by NP

A lengthy opening section of this film takes place in 1968, with a fairly dysfunctional family indulging in varying degrees of cruelty. It’s a weird little piece, and a good deal more frightening than what happens for a while afterwards.

Before it outstays its welcome, we’re up to the present day. Cue the ‘group of friends’ we always find in these kinds of films – here, they are four chirpy college girls who end a lot of their sentences with ‘I love you.’. They are, of course, staying in the house where the various mis-deeds occurred all those years before, and find the whole thing a hoot. There’s even a ‘dirty door’ at the end of the hall.

We spend rather too long in the company of these young people, but that’s okay because apart from perhaps being a little too cheerful, they are an appealingly wholesome group. The little girl, Irene, is played especially well, by Shae Smolik. As the token juvenile, she’s very sweet, and yet becomes less so later on.

We have to wait a while, but when things get creepy, there are some nice jump scares, competent acting and an ultimately tragic central plot-line. The story of malevolent spirits has been done many times before, of course, but this is well-made, well-directed and not a bad way to spend 95 minutes. My score is 7 out of 10.