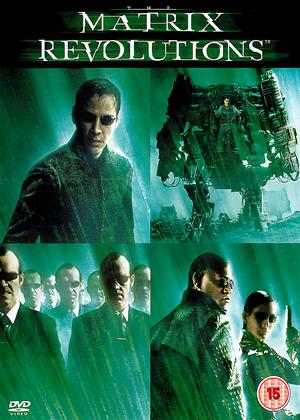 Reviews (4) of The Matrix Revolutions

"Everything that has a beginning has an end." - The Matrix Revolutions review by CP Customer

Probably the weakest of the Matrix trilogy, Revolutions tries to tie up the loose ends from the previous two instalments. While the effects are at least as good as the original, the story weakens and overall the film is less satisfying.

It is not worth watching unless you've seen both The Matrix and The Matrix Reloaded.

In the end - The Matrix Revolutions review by CP Customer

I had the pleasure of watching this final instalment in the Matrix trilogy in an empty cinema. After the disappointment of the second film, Revolutions more than exceeded my expectations and in a convoluted way, provided a fitting end to the whole experience. For me the whole thing came full circle, almost ushering me into a state or nirvana. The critics haven't been kind now or even upon release about Revolutions. As a standalone film I'll admit if fails badly with a fractured plot and enough philosophy to educate a class for a term yet as an ending its marvellous. As with the other Matrix films on blu ray, this is a smashing transfer and the soundtrack should come with a warning to all neighbours.

Reasonably entertaining, effects laden third part of the Matrix trilogy. There is nothing particularly wrong with the film, but like the Matrix Reloaded it suffers from comparison to the orignal, excellent film. Whereas the first film

was a lean, idea-driven story that used aspects of Japanese animation to create a hugely entertaining and original movie, this film basically takes the more is more approach and bombards us with digital imagery and massive set pieces. Residual good will toward the main characters helps to maintain interest in events and Keanu Reaves is as likeable as ever, but this is a long way from the standard of the original.

132 - The Matrix Revolutions review by JD

The second best of the trilogy, the first being the best. I was completely drawn in to the feeling of helplessness after an epic battle which does not ease up at all. I enjoyed the battle scenes immensely. Some of the Star Wars type mega-committees were a bit dull and the walking with elders I could have done without but the machine world was amazing.