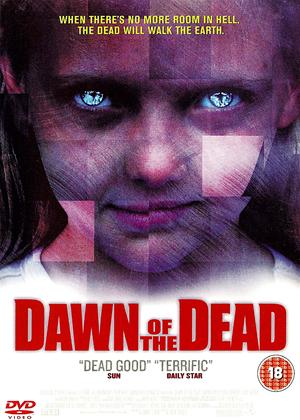 Synopsis:
Overnight the world has become a living nightmare of surreal proportions, with the planet's population hit by an inexplicable, unfathomable and lethal plague - and the dead aren't dying. Corpses yearning for their next meal are now stalking the few remaining survivors, driven by their insatiable hunger to feed upon the flesh of the living. After a terrifying escape from her suburban Wisconsin home on the morning after, Ana Clark runs into a small group of the still-living. This ragtag group seeks refuge in a fortress of the late 20th Century - an abandoned suburban mall.
As the world outside grows more hellish, as the ever-increasing army of decomposing zombies tirelessly strive to infiltrate the mall, the survivors battle the undead. Sealed off from the rest of what used to be the world, the mall's inhabitants, now one of the last bastions of humanity, must learn to co-exist with each other and use every available resource in their fight to remain alive, and more importantly, human.
Actors:
Sarah Polley, Ving Rhames, Mekhi Phifer, Jake Weber, Ty Burrell, Michael Kelly, Kevin Zegers, Michael Barry, Lindy Booth, Jayne Eastwood, Boyd Banks, Inna Korobkina, R.D. Reid, Kim Poirier, Matt Frewer
Directors:
Zack Snyder
Writers:
George A. Romero, James Gunn
Studio:
Universal Pictures
Genres:
Horror

Reviews (2) of Dawn of the Dead

After the appalling remake of 'The Texas Chainsaw Massacre' I was somewhat sceptical about seeing a remake of George Romero's 1978 classic 'Dawn Of The Dead'. The 1978 original was a cleverly written, darkly foreboding, and bitingly satirical look at society. There was a sense of dread that filtered throughout the whole film, and also included a clever social commentary on everything from consumerism to abortion. The original 'Dawn Of The Dead' was that most elusive of creatures, the intelligent horror film. In reality the only things that tie this remake and the original film together is the fact that they are both set in a shopping mall and both contain zombies, even the start and endings differ in both films. This remake is much more of a fast paced thrill ride, more polished, but also a great zombie based film in its own right. Though unlike the original there was no real sense of fear from the characters, everybody seemed to be accepting the end of the world a little too easily, and at points everyone seemed to be having a bit too much of a fun time. That aside, there were some clever new additions to the story. The emotional conflicts that characters had to face when loved ones were bitten by zombies, and the turmoil they had to face knowing their loved ones would eventually turn and have to be killed was well thought out. The zombie's ability to run made them far more menacing. The injection of some well placed humour was quite good, the soundtrack was great, and the ending was actually much better than the 1978 original. Overall 'Dawn Of The Dead' is a well made zombie flick, though not really a patch on the 70's original.

Can one 'enjoy' zombie films? Yes! - Dawn of the Dead review by RP

Yes, it’s a remake of the 1978 original. But I enjoyed it (Aside: can one 'enjoy' zombie films? Yes!). It follows the original storyline in that a small group of survivors hole up in a shopping mall – although quite why anyone would want to I’m not sure: don’t they have nicely breakable glass windows, doors etc. Doesn’t seem very secure to me...

A few minor niggles: the 'zombies' aren't the usual standard shambling type, but more like the Rage-infected variety seen in '28 Days Later'. There isn't the expected entrail-eating, only biting. The 'zombie baby' sequence is just soooo predictable. And there's too much f-ing and blinding for my taste, although I'm sure I'd be swearing if I was in the same situation!

One other thing: the 'extras' are pretty good as they aren't just boring 'how the film was made' stuff but include a couple of horror extras: a 'home video' from one of the characters, and a short film of how the outbreak happened from the point of view of a TV newsreader.

So, not a bad film if you like that kind of thing – recommended. 3/5 stars.