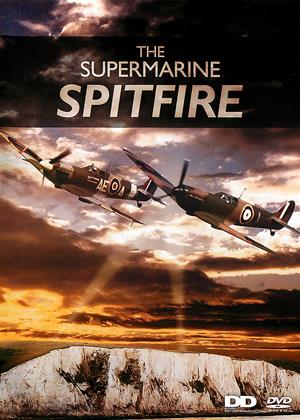 Synopsis:
Before World War Two the Germans had boasted that the Messerschmitt ME109 was the world's fastest fighter, but the Supermarine company set out to prove them wrong. Designed by R.J. Mitchell, the Spitfire was poised to replace the Bristol Bulldog fighter. Coupled with the development of the Merlin engine by Rolls Royce, the first Spitfire was delivered to the Royal Air Force in 1938. It was only the advent of jet powered planes that made the Spitfire obsolete but it remains an iconic statement of design and engineering.
Studio:
DD Home Entertainment
Genres:
Documentary, Special Interest

Reviews of The Supermarine Spitfire

The Supermarine Spitfire is an excellent take at describing one of the most famous WWII battle planes called, unsurprisingly, ‘Spitfire’. This particular documentary includes recollections from real-life pilots, a walk-through as told by a test pilot, and several other testimonies that make the whole experience better than what it should be, really. When I come to better think of it, The Supermarine Spitfire is much, much better than it needs to be, and to this extent, kudos to everyone involved in the making of this feature. Now onward and upward to the actual review.

First off, let’s start by pointing out the areas which could’ve been improved:

The film is considerably lacking in this particular area, where some additional shots about the ‘spitfire’ would’ve been welcome and appreciated, but it is what it is. Plus, when the interviewees are talking, the film focuses exactly on them and nothing else, which is kind of a bummer since it would’ve been nice to cut between the actual parts of the plane they were describing for a better, in a lack of a better word, ‘immersion’. This happens all throughout the film, and the sole notion that we’re talking about a documentary here doesn’t make this fact to be any different than it actually is. For instance, this happens all too regularly when a pilot describes the cockpit elements, without you actually having to see the instruments whatsoever.

Secondly, there isn’t that much of in-cockpit footage to begin with, and the one that’s features in the film doesn’t go into much detail about the insides of the ‘spitfire’. But, the end credits point out that this film was originally made in 1994, so I guess there’s not too much room to complain (considering how the majority of 90s documentaries on various subjects looked like).

Additionally, The Supermarine Spitfire also features some well-known faces in regards to the infamous airplane, including pilot Toni Bianchi, Paul Day, Alex Henshaw, and the Pete brothers as well – all prominent faces in light of this wondrous flying device. One more quip I have with the film is that the cover depicts the Spitfire MK 16, whereas the film guides the audience through the interior of Spitfire MK1 AR213. Misleading? Hardly, but it’s not 100% ethical according to some ‘spitfire’ aficionados too. Whatever’s the case, again, it is what it is.

Finally, die-hard spitfire fans will immensely enjoy this experience, a statement which could hardly be true about anyone else. But, given the enthusiasm with which these pilots and professional talk about their craft, I’d personally give this one a go.