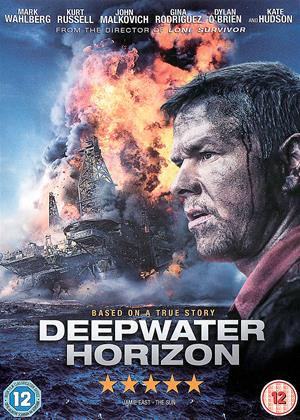 I despair about Hollywood movies sometimes. They create fiction from history, and then people just swallow it whole and believe it as fact. Happens all the time - with U571 and Argo and The Patriot and many other films. Often, Brits are portrayed as the bad guys, esp at the hands of some film directors.

Well let's look at the facts. BP is NOT a British company but a multi-national. British Petroleum merged with US giant Amoco in 1998, becoming BP Amoco plc, and acquired ARCO and Burmah Castrol in 2000. It is this a US company too.

The rig was misrun and mismanaged by Transocean, a US company - or based in Switzerland I believe.

The rig and drill were built in South Korea and laid down by Halliburton - yep, the company which Dick Cheney is so involved with.

Blaming a British company for this disaster was the saddest part of Obama's presidency as it showed him to be racist against the Brits and prepared to lie to create a scapegoat when it suited him for electoral gain.

SO that is why this movie deserves no stars.

But also it is VERY predictable. Wives waiting at home TICK, Diverse crew TICK. Slow built to disaster TICK. But frankly, it's boring.

If you want to watch a decent disaster movie then rent out THE TOWERING INFERNO or THE POSEIDEN ADVENTURE. The CGI is not there but so what? The characterisation and story-telling are better.

I also disliked the Christian.praying agenda in this film, so no stars.

Not as good as I thought it would be. Also, it has not been certified by the American Humane Association with their 'No animals harmed' logo - unsurprisingly, as at least one seagull was unpleasantly killed in the film. Would not have rented had I known.

Gripping true movie not chick flick, the boys will like this one although I loved it & I am a girls great movie worth a watch :-)

Really good story sadly true and based on the dreadful BP oil rig explosion with the loss of life and the polluting of the sea and coastline. Very well name with great acting from all.

Real-life disaster becomes action movie. A docbuster. A film of two halves: the build-up and the explosion. The first half is all oil rig banter and technical jargon (subtitles will help). The second half is a cgi extravaganza of explosions and pyrotechnics.

The whole oil rig and fire above the base is cgi. It’s brilliantly done by ILM (check out the excellent DVD extras) but you either revel in this sort of thing or you don’t. The search for authenticity makes the action confusing, as it undoubtedly was in the real-life incident on which the film is based. Shaky hand-held camerawork doesn’t help.

It’s hard to take the politicking seriously when the BP man in charge is played by supercilious John Malkovich doing his usual hammy acting. It’s also hard to feel any emotional ties to the men who died as we never get to know them. If this were fiction they’d be viewed as expendables extras, which induces a feeling of guilt in the viewer in the face of the real-life tragedy. As for the melodramatic ending, you’ll cringe at the religious overtones and excruciating soundtrack ballad.

Nevertheless, this must have been a hard directorial gig to pull off. As Peter Berg showed in Lone Survivor, he’s at his best when it comes to visceral filmmaking and there’s plenty here to keep pyromaniacs happy. Others may find it all a bit samey. Check out the DVD extras for some fascinating behind-the-scenes-footage.

Nothing wrong with this film - but you know the ending so it is difficult for them to raise the suspense - even though they try very hard with the usual over use of special effects.

A well acted and directed action film. The action sequences were brilliantly staged and very realistic.

Only grouse was some of the actors' verbal speeches were distorted by the colloquial Southen accents which were hard to understand sometimes.Nevertheless, a terrific film. I was very satisfied by the overall quality of the production

This is an excellent movie based on real events.All the cast are great especially Mark Wallberg effects are top notch.Well worth seeing.

Great film. Speech distorted at times. The true life disaster is down to very poor management. Schlumberger were the main culprits - plus the rig managers who should have checked the about the concrete!!

An emotional roller-coaster ride, with plenty of over-the-top CGI to keep you glued to the seat whilst also having you leaned slightly toward the screen - Deepwater Horizon is a thrill well-worth of snatching those so-precious hundreds of minutes that nowadays no one seems to give up so easily. Sure, it has its fair share of over-dramatized moments injected into an otherwise realistic experience – but those are very few and far between that are almost negligible across the overall picture. Also, editing needs some improvement as well.

Mark Wahlberg stars as Mike Williams, a heroic real-life figure who is a natural-born leader and is not afraid to show some teeth to the Man, while also respecting his colleagues and providing help where help is due. When disaster strikes, Mike immediately assumes his role and goes to great lengths to save as many lives as possible, even if that results in a detriment to his own. Other actors that accompany Wahlberg’s character include Kurt Russell as Jimmy Harrell, John Malkovich playing Vidrine and Gina Rodriguez as Andrea Fleytas. All deserve A’s for their efforts to translate true emotion to the screen, which is by significant margin a hard accomplishment for one to achieve.

Now let’s talk effects. Simply put: they were spectacular and kudos to everyone involved in designing them. From the daily life on the platform, right to when the spills start happening and the fire afterwards – all of it was done with surgical precision and pretty much transported me right on spot both emotionally and physically. The amount of detail that went into recreating the disaster was staggering as I found myself not being able to shake off that uncomfortable feeling that something was just not quite right around my seat. Very few movies manage to do that, and Deepwater Horizon surely counts as one of them.

The predictability for the fates of certain characters can bring you out of the experience at times, grazing that pipe that administers suspense into the mix, figuratively speaking. Sound editing is great, cinematography is decent, but pacing is somewhat off. The flick draws out more than it should at the beginning, and then some later after the calamity is already over. However, no major film-making mistakes to note.

Overall, director Peter Berg’s second reunion with Wahlberg provides enough thrills to make sure you get your money’s worth; and identify with the characters’ tragedy; and push forward a notion that sometimes the greatest of disasters can have the unlikeliest of heroes.