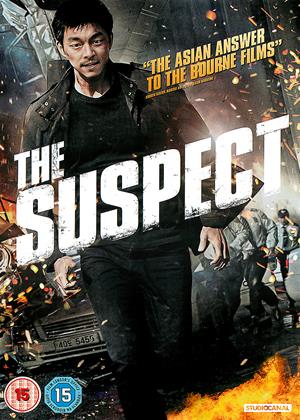 Synopsis:
Ji Dong-chul (Gong Yoo) was one of the best Special Forces agents the North Korean military ever had. That is until he found himself abandoned by his own government during a lethal mission and found his wife and daughter brutally murdered by those he trusted. Wanted for treason and living incognito, Ji Dong-chul is determined to hunt down those responsible. Embroiled in a web of corporate espionage, government secrets and deadly assassins, he has become an unstoppable force with one single agenda; kill them all.
Actors:
Yoo Gong, Jae-yun Jo, Seong-ha Jo, Seong-gyoon Kim, Hee-Soon Park, Da-in Yoo
Directors:
Shin-yeon Won
Producers:
David Shin, Jason Ninness
Aka:
Yong-eui-ja
Studio:
StudioCanal
Genres:
Action & Adventure, Thrillers
Countries:
Korea, Action & Adventure, Thrillers

Reviews (2) of The Suspect

It's a bit of a lazy comparison but one that's bound to be made. Ji Dong-chul (Gong Yoo) is your average North Korean defector, working as a driver, barely scraping by - or is he? Turns out he's a top North Korean secret agent who was abandoned by his government and now he's been set up for a murder he didn't commit!

This film is fast paced and you really need to pay attention or you'll get thoroughly lost. There is a lot going on with crosses and double crosses. The action is fast and frenetic. My main complaint is that there's just a bit too much editing. The car chase (which is pretty sweet) is just a little too choppy. The fight sequences are gritty and painful, there were several sequences that left me squirming. Gong Yoo really is a wonderful actor, he's completely believable as the terribly wronged protagonist.

On a side note the subtitles get a bit dodgy towards the end of the film with questionable grammar and spelling but it wasn't so bad as to spoil my enjoyment of the film.

If you like action and are happy to watch a subtitled film I'd recommend this one.

This is a confusingly-plotted thriller about a North Korean special forces operative on the run in South Korea from an equally capable North Korean officer. It’s a good premise, but scenes seem to have been cobbled together in almost random fashion and the frenetic hand-held action sequences, fast-edited and filmed too close in, pass in a nauseating whirl.