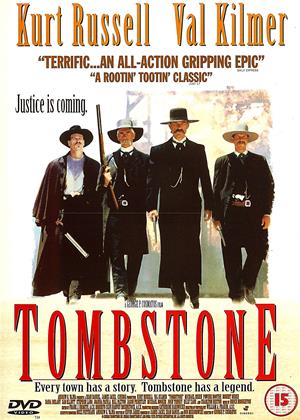 Quite a good story, though in all this is not much more than an average western. If you looking for something a little edgier try the superb HBO series 'Deadwood' or the equally good 'Broken Trail' or 'Open Range'.

In around 1880, members of a gang of outlaws called 'The Cowboys' are in control of the town of Tombstone, in Arizona. When Wyatt Earp, a retired police officer, decides to settle down in the town to start a new life, together with his 2 brothers, Virgil and Morgan, and their respective wives, the 3 of them are soon in conflict with The Cowboys. This is the - true - story of the Wild West confrontation that led to the fight at the OK Corral, and what followed.

This is a very well-made and convincing movie, which is well-paced and well-acted, re-telling the well-known (and still fascinating) story of Wyatt Earp and the OK Corral gunfight. The film is without major surprises to anyone who knows the historical events, as it re-creates them in a generally faithful manner. It is a classically made western, albeit a fairly recently produced one (1993): it does not call the nature of the genre into question. Overall, I would certainly recommend the movie (more particularly if you enjoy westerns) and I enjoyed watching it, but I would not say it is a masterpiece. It is still a classic of the genre.

A footnote: There are some historical inaccuracies in the telling of the story, inevitably. One of them is that the fight did not actually take place at the OK Corral. See here: https://en.wikipedia.org/wiki/Gunfight_at_the_O.K._Corral (This, in itself, is not important.)

Also, Wyatt Earp is somehow sanitized in the way he is portrayed in the film. There is no doubt he was a very courageous lawman, who never flinched in fist and gun fights. What the film does not dwell on is that, apart from his role in law enforcement, his entire life (not just the Tombstone episode) was largely devoted to gambling - if only running and owning bars that doubled up as, in effect, casinos. Also, the Earp brothers were involved with prostitutes. At one stage, Wyatt Earp himself was involved in pimping. One of his brothers ran a brothel for a period of time in another town. Wyatt Earp's partner, in the film, was actually a prostitute (or former prostitute), accurately depicted as addicted to laudanum. Finally, Wyatt Earp's other business interests involved mining.