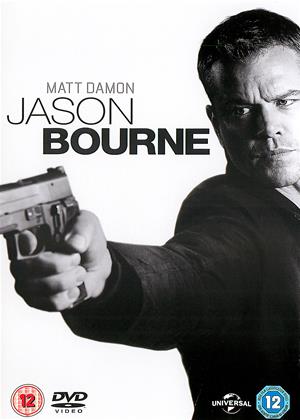 The two culprits both come from a British TV documentary background and they should have stayed there. They couldn’t film a visually coherent sequence if they tried. We know Paul is your friend, Matt, but he’s ruined what could have become a franchise to rival Mission Impossible. Instead of opening out the action, as Doug Liman did so memorably in the original Bourne Ultimatum, Greengrass closes it down.

He also had a hand in the banal script. The plot is irrelevant. Treadstone nonsense for the fourth time. The dialogue is dire. Sample (After Bourne has escaped yet again): ‘We’ve lost him. Sir.’ Lost Bourne? Who’d have thought? Motor cycle chase? Check. Car chase that involves weaving against traffic on the wrong side of the road? Check. Assassination attempt in a crowded hall (screaming crowds, confusion etc.)? Check. Yawn and pass the popcorn. And someone stop that relentless staccato muzak, please!

Talents such as Alicia Vikander and Vincent Cassel are wasted. Alicia spends most of the film in a room or a van peering at computer screens. Vincent, such a charismatic villain in superior films such as Mesrine, has little to do but wander around with a determined look on his face shooting extras as he passes. His climactic fist fight with Damon is a damp squib.

Only once the end-titles roll is there relief, when Moby’s ‘Extreme Ways’ returns to rekindle fond memories of Doug Liman’s original film and remind us how well the Bourne franchise began before Greengrass ruined it.

I've always been a fan of the original three films in this series and even the fourth without Damon was quite good, but one wonders why this fifth film in the series was ever made? The script is dire, limp, full of holes and mega cliches. The directing is awful and the storyline is so paper thin and transparent as to almost not be there! Whilst this could have been a really good film, because some of the action sequences are actually quite good and well thought out, with lots of detail, such as the car chases and riots in Greece, the way they are filmed, with the camera constantly shaking all over the place and the editing being so choppy as to not see anything. This is actually quite a difficult and boring film watch, in part due to the camera being all over the place and the editing being so choppy, not the smoothness of a Bond film , or even the slick styling of the originals, just a real hash of ideas all thrown into the pot, with no coherency! The ending is quite predictable and leaves t open for yet more films to follow, but of they do, they need a new director, strong scriptwriters and new ideas which move the theme forwards instead of simply treading the same ground all the time! This has got to be one of the biggest disappointments this year in the film genre. Very disappointing indeed!

Still Bourne (if only) - Jason Bourne review by NW

At some time the film genre of rogue USA, CIA operatives and their assassins has to become more than just violence (makes the wannabe macho men feel good?) pyrotechnics, millions of bullets, loooong chase sequences jumbled into a an often confusing plot, This has resulted in a movie which I would have preferred to have missed. The mark of a good movie or of a stage drama is how easily one is able to suspend ones disbelief and settle into the 'reality' presented by the production. Greengrass doesn't do subtlety, most of the time we are blasted by firepower and speed with little or no coherent intrigue to draw us through the story. Being a fan of John le Carre's work and the associated movies, I guess that I should bypass future Greengrass movies.

There can be great entertainment from a well written, gripping story presented skilfully in a cunning plot in shades of power and allusion, all captured by the art of the cameraman. I hope that the next movie from Paul Greengrass & Co. will include those criteria. A rating of just 56% is pretty dismal for Jason Bourne 2016.

The end of Bourne ... he should have died. This is a decrepit 'last chance' to rehash more of the same. Not utterly devoid of believability except in 90% of the movie.

This is a poor pastiche of the first 3 Bourne films, with little showing of the skills that he had in those films, excepting the car chases and hand-to-hand fighting. (Spoiler ...) And why did they have to kill Nicky Parsons? Film linked in nicely with the Athens riots but Alice Vikander was *too* much of a pain in the backside as her character to be worth the while. A bit confusing as a film plot that sorted itself out eventually without any real denouement but this seemed to be a filler in the franchise.

This is almost incoherent. The plot is all over the place. Looks like something cobbled together from bits off the cutting room floor. Po-faced Damon is just going through the motions. Tommy Lee Jones looks utterly exhausted by the entire shambles. Alicia Vikander, ridiculously young for the CIA position she is supposed to hold, lends her character all the personality of tapioca.

Like most of the other reviews I do not rate this as the earlier Bourne film. Car chase far too long as is the whole film.

Ok this is the one where the Bourne franchise kind of Jumps The Shark. It takes all the elements of the first three and turns them up to 11, Jason has appeared after gained superpowers in the the 10 years since we last saw him and the CIA are just shambolic, however compared to something like John Wick and even Bond this is still the cream of the action genre.

Like the other reviewer said its like they made a film from out takes from the previous films. At least we didnt spend 20 minutes discussing whether the character we were watching was meant to be jason bourne like the last one so at least thats an improvement......

We were expecting something similar to previous Jason Bourne films, with an actual story line, but this just a continuous series of badly filmed car/motorbike chases, etc, with almost no story behind it. Very disappointing.

Once again we find rogue agent Jason Bourne on the run as he is once again tracked by the CIA while he once again discovers more secrets of his past. One would think that after all this time that Greengrass could return to this series with something fresh and timely. He certainly attempts to the way he weaves in the protests of Greece, the fear privacy in the mobile age and the increased threat of terrorism. Instead of crafting an intriguing spy movie from those topical subjects, Greengrass uses them as little more than window dressing for his Bourne-centric story.

But what’s so hot about Bourne this time around? His old pal Nicky (Julia Stiles) has uncovered documents of Bourne’s recruitment into the old program as well as a new program. The surprise reveal of Jason’s pathos is nothing all that clever and the new CIA program is so bland even the movie doesn’t want to address this ill-thought McGuffin. The movie mostly zips past this contrived setup to get to its own action sequences, but you still have to put up with some amazingly forced plot elements. There’s no reason for Jason Bourne to get involved with Nicky’s findings, but he does so anyway out of unspoken closure. He goes through the motions of escaping hitmen, questioning pawns (that are killed upon spilling information, of course) and eventually having a showdown with the CIA orchestrator. What I found most perplexing is how the CIA has been aware of Bourne and his tactics for years and yet they still fall for every trick he pulls. Wouldn’t they notice the old baseball cap and looking down as his disguise by now?

The cast is strong, but never used past base roles of a spy-thriller plot. There’s a new CIA leader played by Tommy Lee Jones who is familiar with Bourne, but only in the sense that he keeps babbling about him being unstoppable. Alicia Vikander plays a rookie CIA agent that secretly helps Bourne, merely acting as the next female sidekick after taking the baton. The only interesting character is a CIA hitman played by Vincent Cassel which, despite a personal vendetta against Bourne, is painfully underdeveloped as more of a goon than a developed assassin. As for Matt Damon, he looks as though he doesn’t want to be here. With little dialogue, few fight scenes and a grimace constantly on his face, he’s dreadful to watch in how he slogs his way through this by-the-numbers spy movie.

The action scenes could have been exciting if only they were shot properly. The sequence where Bourne attempts to escape the CIA by dashing through the protests in the streets of Athens is a great idea. It’s just too bad the constantly shaking camera and frenetic editing doesn’t allow you to experience much of the chaos. There were so many details with police swarming the streets, protesters chucking molotov cocktails, motorcycles whizzing by, gunfire in the distance and all you get to see of it is blurs. The editing becomes less horrific as the movie goes on and a more expensive car chase forces the camera to remain semi-still.

After nearly a decade of being distant from Damon and Greengrass, Jason Bourne isn’t just out of energy - it’s running on the fumes of the fumes. The action is no fun when it is all blurs, the characters are not engaging when they’re all dreary and the story isn’t entertaining when it’s the same old bit built as a retread. The ending leaves the door wide open for a sequel as though a new trilogy of pictures will follow. But as Damon sleepwalks through this movie with the most bored of expressions, I had to wonder why he didn’t just end the series here. He’s tired of this, we’re tired of this - put Bourne to bed.