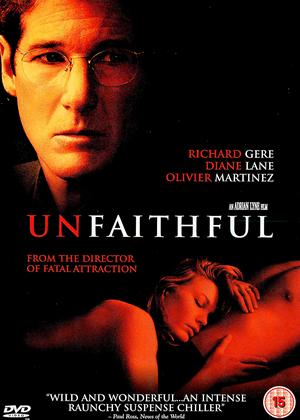 This is usually billed as a thriller but, actually, it is the portrayal of a married woman (Diane Lane) who is unfaithful to her husband (Richard Gere), having fallen for a younger man, Frenchman Paul Martel (Olivier Martinez). The acting of all 3 is good, but that of Diane Lane is absolutely outstanding: her facial expressions and her body language capture every passing emotion to perfection. Her performance as an actress, in this part, is simply superior. If only for her, her charm on screen and her acting, I would recommend the film.

There are 2 possible endings: I recommend that you also watch, at the end, the alternative ending (among the bonus items on the DVD).

Having said all this, something is missing from the film: an element of electric tension and genuine tragedy, perhaps, in the way that the plot is shown to us and unfolds. As a result, it is not the great film it could have been. But it is still a very good film, which draws you into its concentric circles, to the point where there is no longer any obvious way out.