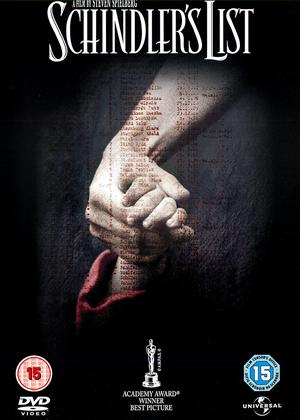 Schindlers List deserves all of the awards and accolades it has been presented with. A brilliantly written script and well acted by everyone in the film. Be warned, this is heavy, thought provoking, tearjerking stuff. Yet it has a very warm human side. Whilst you will wonder at the barbarity of human kind, you will also rejoice at the warmth, kindness and sacrifices that we as humans are also capable of. It must be remembered that whilst this film and almost every other one on the subject deals specifically with the Jewish issue. The holocaust affected everyone. Whether you were Gay, Black, Polish, Gypsy, Disabled, Mentally Ill, or just simply held different religious or political beliefs. Everyone who did not fit into the regime was persecuted, and the Germans were not the only nation to do this!! However that aside, this is one of the most thought provoking films I have recently seen, and whilst tackling a heavy subject matter, it was also very enjoyable. Many people made a lot of money from the war, war is big business for some. Schindler chose to use his profit to save lives at great personal risk, this can only be highly commended. The only disappointment is that this film is spread over two discs, so you will have to order both disc one and two. We watched the first disc, and it finished halfway through, so we then had to wait a couple of weeks for the other disc to arrive. This is not mentioned on this site!!

Only sent half a film - Schindler's List review by AW

Only sent disc 1, seems no way to get disc 2 and no way to report this as a problem. Or am I missing something?

The End is on Disc 2 - Schindler's List review by ATM

This film is undoubtedly a very good one but spoiled by the need to hire both discs to see the end!!! I've put off seeing Schindler's List for a long time and to an extent I still haven't. By some coincidence I recently watched Kurosawa's film 'High and Low' shot in black and white with a key turning point scene where an element in the frame has been colourised.

Great movie but only half a film sent out! - Schindler's List review by CS

Where is the warning on the site that this film is split over two discs, so you need to up your subscription to be able to watch the whole film in one sitting?

So far I have been thrilled with the service from Cinema Paradiso, but really disappointed now. :(

The film is amazing, one of the best EVER made, if you want to watch it, I would recommend you buy it.

Really annoying, no part 2, and despite searching, no way of ordering it ! Seems this is an ongoing issue. So, Cinema Paradiso, why not fix it!

Look at some of the rubbish/easy money films Liam has done since. This is what he could have done, if had been more fussy, like Daniel Day, with the rest of his career. Presume has a get-some-in agent who goes for numbers?

Very harrowing in places, but a tour de force. Guy was a playboy, and maybe a lot of his motivation was indeed self indulgence, but what he achieved, under daily scrutiny by the masters of terror is quite amazing. True story. Even more amazing.