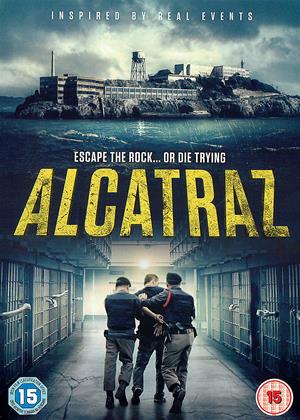 From the prolific stable of Andrew Jones and North Bank Entertainment comes this rare step away from the horror genre. ‘Alcatraz’ is a fairly large story told economically. Whilst occasionally flawed, it works rather well.

While we spend much time in the company of the escapees, we don’t really get to know them because they are pretty much one-note. Not a criticism, but Clarence, for example, is the decent stoical type and remains so, whilst Joe (Patrick O’Donnell) begins as the scowling ‘big man’ who scowls until the very end. So, while there’s no deep psychology going on here, the characters are interesting enough to carry the film.

Instead of dwelling on the physical demands and derring-do of an actual prison escape, Jones’ script deals instead with the relations between the characters (mainly male, with Jones regular Harriet Rees playing Alice, Clarence’s sister), mainly played by talented English actors sporting American accents. Alcatraz interiors were filmed in Brighton, Bristol and San Francisco, whilst there is lots of establishing location filming at the exteriors of Alcatraz prison. My score for this is 7 out of 10.