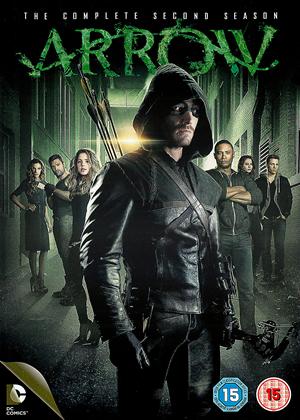 Batman but not as good! - Arrow: Series 2 review by JR

Basically the Arrow is Batman in green. He prefers to use his bow almost exclusively, but has his mini team helping with the high tech stuff. Like Batman he's a rich guy who decides to dress up and fight crime, it's fun super hero fluff.

It doesn't help that Arrow is annoyingly beaten in pretty much everything he tries to do in series two. He often loses in fights, he fails to negotiate / persuade anyone even when it's a no-brainer, and he always seems to be second to get to an important destination just after the bad guys.

Having said all this, it still manages to be reasonably fun watching as long as you don't think too hard about it and go with the flow.

I'm really enjoying this series . It's getting stronger with the actors and better stronger stories.