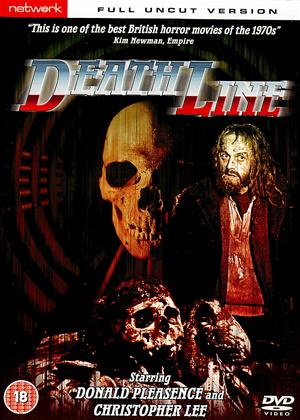 The 1972 production has got quite a cult following but by modern standards (it is nearly 50!) see Creep in 2004 it is like watching a film from a bygone age.

The cast is headlined by Donald Pleasence as a rather rude police inspector.

The story is based on mysterious disappearances at Russell Square tube station. We find out that there was a tunnel accident near the station that lead to the loss of several lives of men and women builders.

The film was marketed as a zombie film on its U.S. release being renamed Raw Meat.

The film also has Christopher Lee in a role as an MI5 agent in a scene that was probably shot in an hour!

The film does have some gory scenes as we see the zombie like survivors of the accident.

I've never heard of the film before.