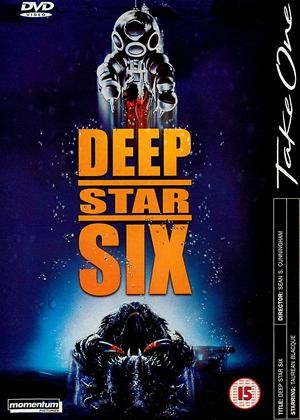 Quite an old movie so Special Effects are not upto today's CGI standards ,but still would have been pretty good for the time.

Enjoyable mix of Alien ,Jaws and The Abyss ,as a Scientific Team are trapped Fathoms below the ocean for 6 months building an underwater missile base for the American Navy but before they complete their work they uncover a Prehistoric ? Alien? Hidden creature by their Explosive Destruction on the sea bed of a concealed underwater cavern, possibly sealed for millions of years.

Once free the Creature Destroys its way through their underwater facility,killing on its way .

Time is running out,Escape looks impossible ,Oxygen is dwindling,Will Anyone make it out alive and if so,Who?

Enjoyable , think 'Deep Blue Sea' and you are almost there .expect late 1970's/early 80's cinema quality and the rubber creature effects of Jaws and you cant go wrong.