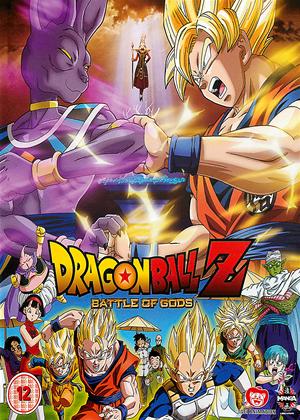 Rent other films like Dragon Ball Z: Battle of Gods

After 14 films and a 17 year hiatus, the latest Dragon Ball Z movie Battle of Gods has finally achieved a worthy status of entertainment. The usual formula for these movies never seemed to change: setup a villain, setup some new superpower and have a battle of fists and explosions for the majority of the meager running times. The animation was cheap, the dialogue was terrible and the fights went on for far too long (which isn’t good considering most of these films were only about an hour in length). But Battle of Gods seems to have taken most of my qualms with the franchise and whipped up something that managed to make me smile for once in this endless series of anime fight scenes.

The new villain for this film is the galactic god of destruction dubbed Beers. While I never cared that much for any of the Dragon Ball Z villains given how they mostly just scowl and cackle devilishly, Beers manages to be a refreshing change of pace. Appearing as an anthropomorphic Egyptian cat, he awakens every few years to cause some destruction in the universe. But rather than waking with the mighty roar of a god, he slinks out of bed as if he stayed up a few years too late. His adviser urges him to get out of bed and perform his duty which Beers simply cannot accomplish without his morning cup of coffee and catching up on current events. He relays his dream of facing some new worthy opponent on Earth which, of course, leads him straight to our protagonist of Goku.

At this point I figured that Beers would come to Earth and the rest of the movie would be one overblown battle for the planet. To my great surprise, Beers doesn’t find himself quite so eager to fight when he arrives on Earth. Choosing to wait it out for his opponent, Beers takes in a birthday party for one of the several dozens of characters that occupy this franchise. While the hero Goku prepares to muster up some new superpower for combating the villain, Beers takes in the festivities of the party. He finds himself curiously amused by Earth and its customs, but mostly the food in particular. His adviser simply cannot get over the decadents of ice cream and Beers is so infatuated with pudding that he’s willing to destroy the planet if he doesn’t get some more.

This entire second act is incredibly amusing for all its comedic padding. There’s a silly subplot about some old villains from the series trying to steal the mystical Dragon Balls, which allow the possessor to summon a dragon and ask for a wish. The spheres are already gathered and the wish will be granted to the winner of a bingo party game. The side villains are so inept and so amusing at their plan to infiltrate the party that I couldn’t help but be entertained by their antics. The script seems to have so much fun with all this that it almost forgets that it’s a Dragon Ball Z movie which are usually about fighting.

But then the third act comes and the plot is required to have Goku face off against Beers in combat. There is the expected exposition of power levels and ascension in fighting abilities that mostly boils down to different colored hair and auras. The fight itself is animated rather well with far more detail and a higher frame rate as the opponents trade fists at high speeds across cities and clouds. Then again, the fights of past Dragon Ball Z movies have always been rather cheap so maybe I’m just grateful that there is at least some quality put into this direction. The great news is that the fight itself does not outstay its welcome or even bore. The dialogue thrown back and forth is much more engaging than the usual grunts and monologues in between ki blasts and spirit bombs. And Beers’ final solution for blowing the Earth to pieces is so ridiculously clever that he’s easily my favorite villain of Dragon Ball Z.

As someone who is familiar with the series but not much a fan in retrospect, Battle of Gods was a surprising bit of fun from the usually monotonous Dragon Ball Z franchise. It’s not strong enough to recommend for others to come in cold, despite a rather lengthy recap of the timeline. But fans will be more than pleased with this feature that emphasizes more personality of their favorite characters than overblown skirmishes. It’s still a rather a jumbled mess of too many characters with far too flexible logic, but at least there’s a certain sense of family and humor. It’s nothing to write home about, but it's much more than I can say for the rest of this bloated anime series.