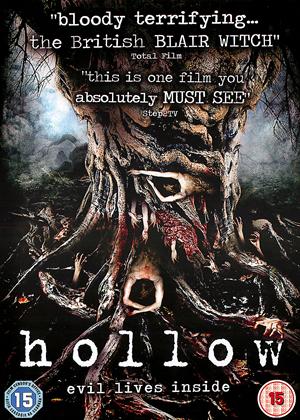 Synopsis:
An old monastery in a small remote village in England has been haunted by a local legend for centuries. Left in ruin and shrouded by the mystery of a dark spirit that wills young couples to suicide, the place has been avoided for years. It is marked only by a twisted, ancient tree with an ominous hollow said to be the home of great evil.
Actors:
Emily Plumtree, Sam Stockman, Matt Stokoe, Jessica Ellerby, Simon Roberts
Directors:
Michael Axelgaard
Producers:
Matthew Holt
Writers:
Matthew Holt
Studio:
Metrodome
Genres:
British Films, Horror
Countries:
UK

Sign up
How to Lose Friends and Alienate People

Two couples head to a remote area of Suffolk for a brief holiday. At first they seem a tolerable ‘group of young people’, but as we get to know them, hidden tensions rise to the surface. Scott is sardonic and takes his joking too far, James has a short temper but manages to conceal the fact, Emma is studious and a little naive, while Lynne is flirty and not terribly bright (James is described as looking like Ringo Starr’s testicle, which amused me). Actors Matt Stokoe, Sam Stockman, Emily Plumtree and Jessica Ellerby are very naturalistic in their roles and almost completely convincing as ‘real people’ (as the opening caption assures us they are).

In this British rural horror, there are plenty of ghost stories spun, many of them focus around an old and gnarled hollowed out tree that stands in the middle of a field (Emma has memories of being frightened by the tree when younger). There are a lot of unanswered questions, which is presumably deliberate, inviting us to imagine that the tree has triggered all kinds of conflicting legends.

The power it wields appears to be to mess with the minds of those who show too much interest in it. Rather than scare us, we are treated instead to the dreaded ‘relationships failing’ routine which becomes stultifying and sails close to ‘Hollyoaks’ (UK teen soap) territory. What frights there are are nicely conveyed: low-key, they use night-time visions of the tree, the branches creaking in the breeze as it casts its spell over the squabbling youngsters.

(SPOILERS) There are several interpretations as to what happens toward the end. In ‘Blair Witch’ style, one character (James) disappears and is heard screaming into the night. My logical theory is that it was James behind events that lead to the final, having faked his vanishing. A suggestion of anything more supernatural is equally valid.

Interestingly, the cliffs nearby are named Dunwich Cliffs, an HP Lovecraft connection. ‘Hollow’ is unlikely to terrify, possibly not even scare although there are a few frights. For a rural horror, this is flawed, but fairly enjoyable.