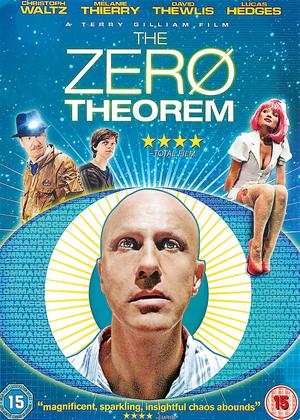 Reviews (1) of The Zero Theorem

scream at screens - The Zero Theorem review by ce

Another over hyped terry gillam film hits the road,

I was expecting some reasonable fluid thread of a story, but was instead presented with a mish mash of garbled script writing, A visio of the not too distant future, where humanity has sold out to big brother hi tech life stysle,the main character, is annoyingly chaotic, an isolate determined to find the meaning of perfection. That was the theme, and kept recycling itself throughout the dystopian view of a discounted world.

A smattering od sex, a pinch of lucidity and the recipie for disaster.

Come on terry you have so much potential, you can do better mate,

I read the synopsis for the Zero Theorem and thought “what the Hell?”, the noticed it was directed by Terry Gilliam, and suddenly, it all made sense.

The film depicts a highly intelligent computer hacker who is intent on breaking into the most high security consoles in the world in order to determine the answer to the biggest question in the world, one which I was under the impression Gilliam and his Python friends had already answered, what is the meaning of life?

As it turns out thousands of sci-fi buffs are wrong when they tell you it’s 42, however Gilliam’s film doesn’t give us an alternative. Instead he offers what one can only assume is intended to be a comedic insight into life and reality, by bombarding our hacker-come-hero with distractions from his missions, which come in the form of an irritating teenager and lusty love interest.

And though the narrative may now make some kind of sense there appears somehow to be an even bigger question at the heart of the Zero Theorem, not what is the meaning of life but what is the point of this film?

A pretentious idea that fails to either cast light on or mock itself with comedy the Zero Theorem is over indulgent and dull, the narrative wanders like a drunk toddler and the characters give the actors little to build upon. Far from being an intelligent or existentialist exploration into the meaning of life, the universe and everything, or even a comedy that gives us a peek into the realities of humanity, the Zero Theorem is neither interesting nor insightful.

Since writing this review I have since been told that much of the meandering of the Zero Theorem was an intentional attempt to cast off the “conventions of narrative”, with this in mind all I can say to Gilliam is that this has been done before, and with much of effect and style.