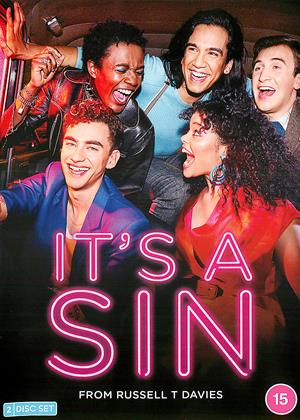 Instead it chooses, like most UK TV drama now, to go full woke. SO it's all about race here with a diverse multiculti cast which is simply NOT realistic for 1981 - or now, with very few black/Asian out gay men.

Worse, but typical of TV drama now, every single white male - straight white males - is presented as a thick ignorant buffoon at best, and quite often as nasty, evil, bigoted monsters. SO that racism and sexism is OK then? It is pure bigotry - unpleasant, unnecessary and deeply hypocritical (because the drama purports to want tolerance and no racism/sexism and prejudice against people because of their sexuality). This modern trend is vile yet present in so much TV drama, many movies and sadly too many books including children's books. It really is vile.

The lazy Welsh stereotypes irked too. Yes, because in the 1980s all Welsh people were ignorant bumpkins who lived on eating faggots and peas and Welsh cakes. For goodness sake. Watch the movie 'Pride' so see how it should be done - though that falls back on lazy valleys stereotypes.

It's all very cartoony and shriek-y and drama school flamboyant (believe it or not there are many gay men who do not behave like this). That's fine, as it goes, but I find it increasingly tiresome - like watching a local stage school musical with all those keen moisturised young faces yell-scream-singing at you, in the business of SHOW.

There's a great TV drama to be made about the 1980s HIV/AIDS issue and the life of gay men then. This is not it.

Two stars because it is 'good in parts'. In fact one and a half stars rounded up. The ever-irritating Stephen Fry loses another half point.